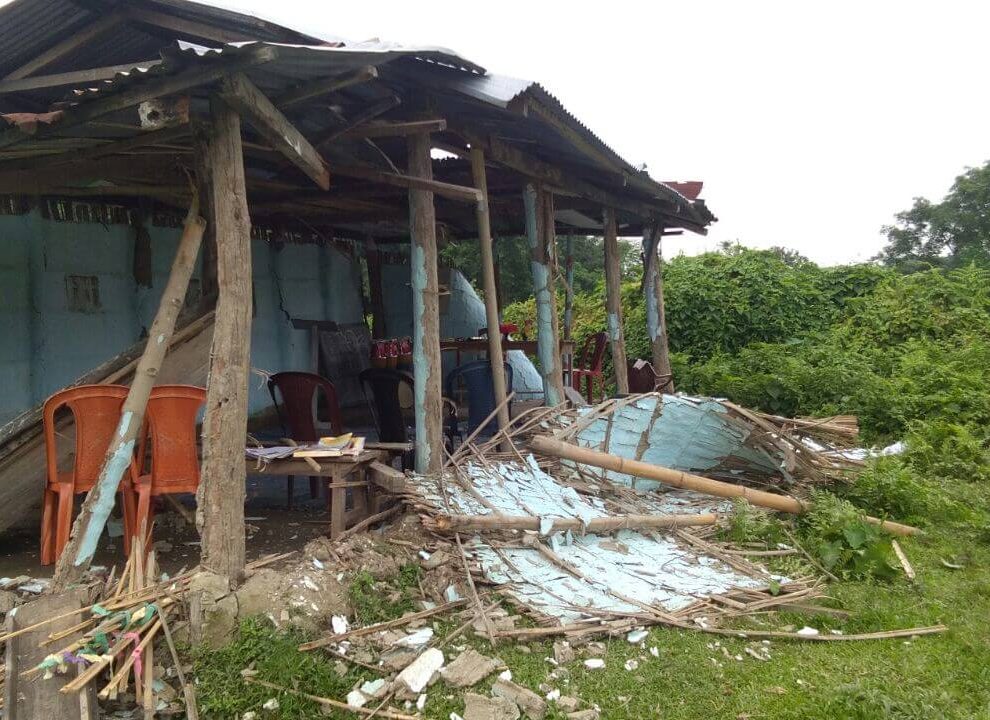 TANGLA: The Indo-Bhutan border villages in Udalguri district fraught with human-animal conflict and bloodshed, continues to witness brutality let loose by wild jumbos. The wild elephants continue to create terror and trample human beings, creating fear and panic among the border populace. A herd of wild jumbos completely damaged the Uttar Garuajhar Church under Panery PS in Udalguri on Thursday.

The unruly herd also damaged the house of one Birsai Panika, a resident of Nonaipara and destroyed food crops. The jumbos also trampled one Ghasia Barla (70) leaving him critically injured. The poverty hit family of Barla whose house was damaged by jumbos received the accommodation this year under Pradhan Mantri Awas Yojana – Gramin (PMAY-G).

Meanwhile, social activist Mithu Sarkar in a humanitarian gesture has extended a helping hand by providing food items and other necessities to the family. The locals have also informed of spotting an ailing makhana (toothless) male elephant in the campus of Hattigarh TE in Udalguri for the past couple of days. The pachyderm which has injury marks on its legs is lying unattended by the forest officials. 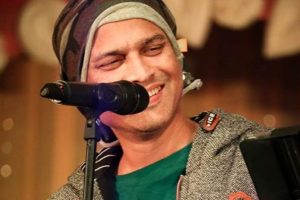 GUWAHATI: Residents and locals of a village in Tinsukia district have expressed their immense love for singer Zubeen Garg by constructing a bridge made with...

GUWAHATI: While rejecting a woman’s plea against a tribunal that placed her under the “foreigner” category, Gauhati High Court has said that documents like... 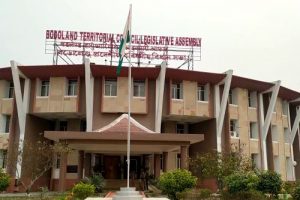 28 Bodoland Territorial Council Bills yet to get Governor’s assignment

Our Correspondent KOKRAJHAR: The Opposition members of the BTC Legislative Assembly on Wednesday lamented the apathy of the State Cabinet towards the Rules and... 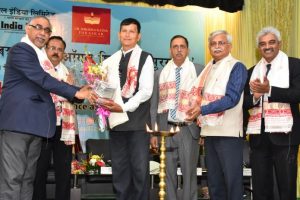 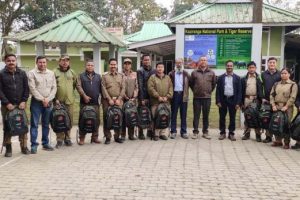 A Correspondent Numaligarh: A special training on the investigation of offense and report writing for the forest officials concerned concluded in Kaziranga... 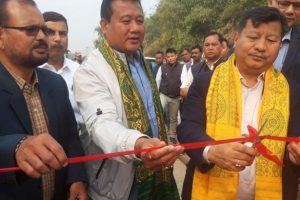 Our Correspondent Kokrajhar: The Minister of WPT&BC and Tourism, Chandan Brahma laid the foundation stone of Soil Testing Quality Control and Input... 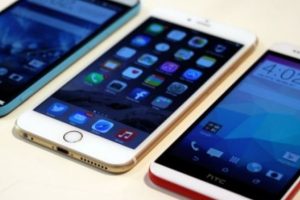 A Correspondent Dibrugarh: A total of 362 smartphones were distributed to Anganwadi workers of Urban and Lahoal Integrated Child Development projects in...