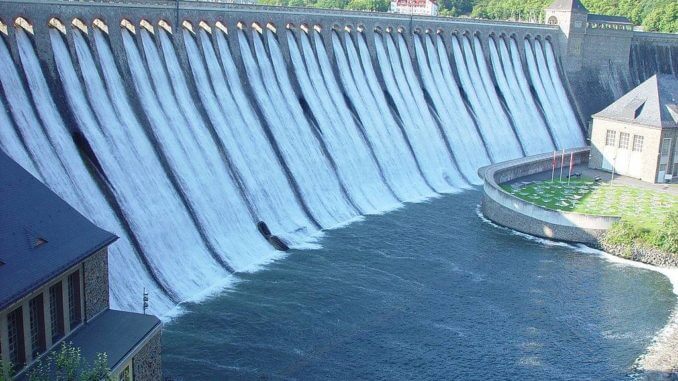 LAKHIMPUR: At a time when the released water from Doyang Hydro-Electric Project, operated by North Eastern Electric Power Corporation Limited (NEEPCO), has caused severe damage in Golaghat district, the water level has been raising in the catchment area of the Ranganadi Hydro Electric Plant (RHEP) located at Yazali in Arunachal Pradesh, operated by the same power-generating company.

As a consequence, the NEEPCO authority was compelled to release water from RHEP dam three times on Thursday through Ranganadi. The Gate No. 5 of the dam was opened by 200 mm at 8.50 am, 500 mm at 9.30 am and then 700 mm at 1.30mm. However, the excess water released from the RHEP did not create havoc in Lakhimpur district till filing of this report. The release of excess water from RHEP dam through the river Ranganadi caused massive devastation in a large area of the district last year breaching the right embankment of the river on July 9 at Bogolijan and left embankment at Amtola-Joinpur on July 11 consecutively.

On the other hand, the overflowing water of rivers like Gabharu, Dikrong, Subansiri and Kakoi inundated total 26 villages under five revenue circles in North Lakhimpur subdivision. As per report, fresh flash flood submerged Amtala and Pachim Kharkati under North Lakhimpur Revenue Circle (RC), Na-Bhagania and Na-Bhagania Gohain Gaon under Kadam RC, No. 2 Secha and Photabhog under Narayanpur RC, Tarajuli, Garhmur, Pub Laluk, No. 1 Pachim Laluk, No. 2 Pachim Laluk, Phukhuriporia and Phenkhati under Bihpuriya RC, Boloma, Bishnupur, Pukhuriya, Ranabari, Chengelijan, No. 2 Sonapur, Haribor Doloni, Gosanibari, No. 1 Gelahati, No. 2 Gelahati, Rowdung Borpathar, No. 30 FC Grant and No. 1 Deezoo Pathar under Nowbicha RC. A total of 14,052 people, 2,008 hectares of crop area, 1,888 big animals, 958 small animals and 1,150 poultry have been affected by flood at present in the subdivision. No infrastructure damage was reported. The water level of the Brahmaputra and its biggest tributary Subansiri is also rising in the district as per report. 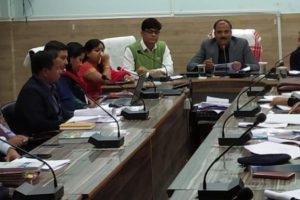 A Correspondent Tezpur: A flood preparedness meeting was convened by the District Disaster Management Committee at the conference hall of the Deputy...