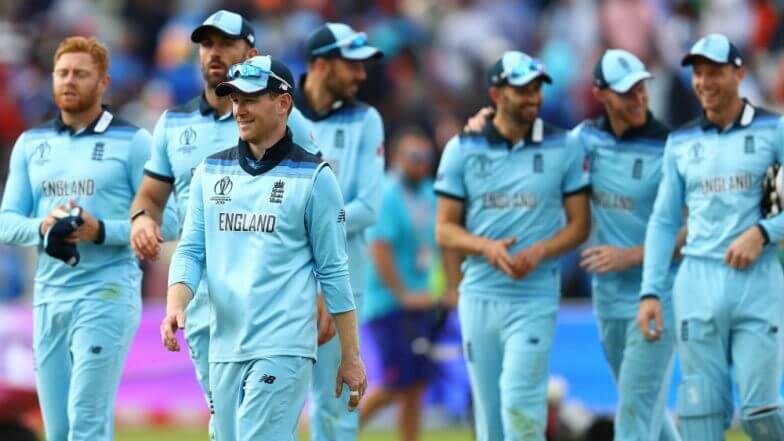 London: After the nail-biting summit clash in the World Cup final, sports fraternity congratulated both the teams for their efforts and dubbed the match as the “best white-ball game of all time”.

“A game that ebbed and flowed from the 1st ball to the 612th! Feel for New Zealand who did everything that England did and still fell short. Congratulations to England,” said legendary Indian cricketer Sachin Tendulkar.

“What an amazing match of cricket. Nail biting stuff at an iconic venue. This game will go down as one of the best matches in history.

“Congratulations to England on your maiden World Cup title. Never be down New Zealand, you fought like champions,” said Sir Vivian Richards.

“That’s the best game I’ve ever seen and the last hour was the worst and most nervous I’ve ever felt. WHAT A WIN!!!!! England officially World Cup champions, I feel like crying/singing/dancing/hugging/screaming all at once!!!!” said former England spinner Graeme Swann.

“Neither team deserved to lose that… What a day for cricketï¿½ That is how it inspire a new generation of cricketers…,” tweeted former England captain Michael Vaughan.

“What a contest! Best ever final by a mile. NZ a dive and a leap away from WC glory and England absolutely super in super over and super lucky as well. Ricochet/overthrow overthrew NZ. Couldn’t the Cup been shared!” tweeted cricketer-turned-commentator Ramiz Raza.

“Congratulations to England on winning the Cricket World Cup. New Zealand were outstanding and never gave up, that deflection over-throw of Stokes being a huge turning point, tragic for New Zealand, so near yet so far but they must be very proud,” tweeted former Indian opener Virender Sehwag.

“OH MY GOD! What a match for a World Cup Final. This is as good as a trophy shared. Match tied, super over tied, England wins on more boundaries hit. Wow. Great scenes at Lords,” said former Pakistan speedster Shoaib Akhtar. IANS

Also Read: England On Top of The world For Winning World Cup 2019

From Brawler To Superhuman, Ben Stokes Living A Dream
Simona Halep Returns To Top 4 In WTA Rankings After Wimbledon Win