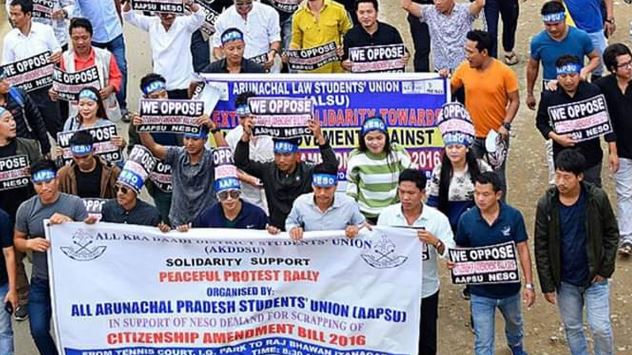 ITANAGAR: The All Arunachal Pradesh Students’ Union (AAPSU) — a constituent of the North East Student’s Organisation (NESO) along with other students’ bodies of the State — on Monday held a protest march in the State capital and also staged a demonstration in front of the Raj Bhawan against the CAB (Citizenship Amendment Bill).

The students’ bodies also submitted a memorandum to the Prime Minister and Home Minister through the governor.

“The North East is not a dumping place of illegal people. Under no circumstances, the CAB will be accepted. Our protest against the anti-indigenous Bill will continue,” AAPSU president Hawa Bagang said.

Union Home Minister Amit Shah had said on October 1 that Parliament will pass the CAB which will grant citizenship to Hindus, Sikhs, Buddhists, Jains, Parsis and Christians from Afghanistan, Bangladesh and Pakistan after seven years of stay in the country even if they do not possess proper documents.

The indigenous people of the north-eastern States fear that entry of these people will endanger their identity and livelihood.

During a recent meeting of the North East Democratic Alliance (NDA) at Guwahati, Shah, also BJP president, had said the concerns of the north-eastern States will be incorporated in the CAB and has sought suggestions on the issue. 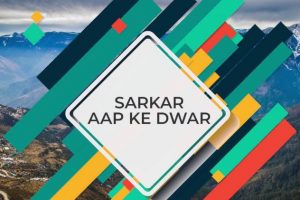 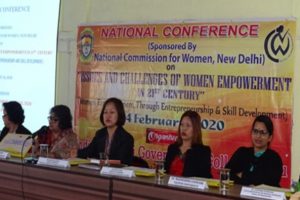 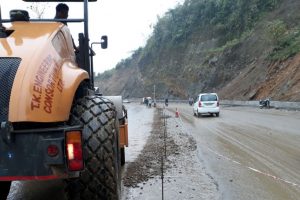 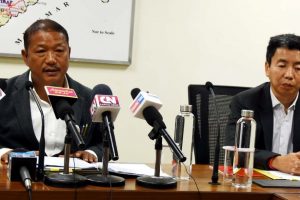