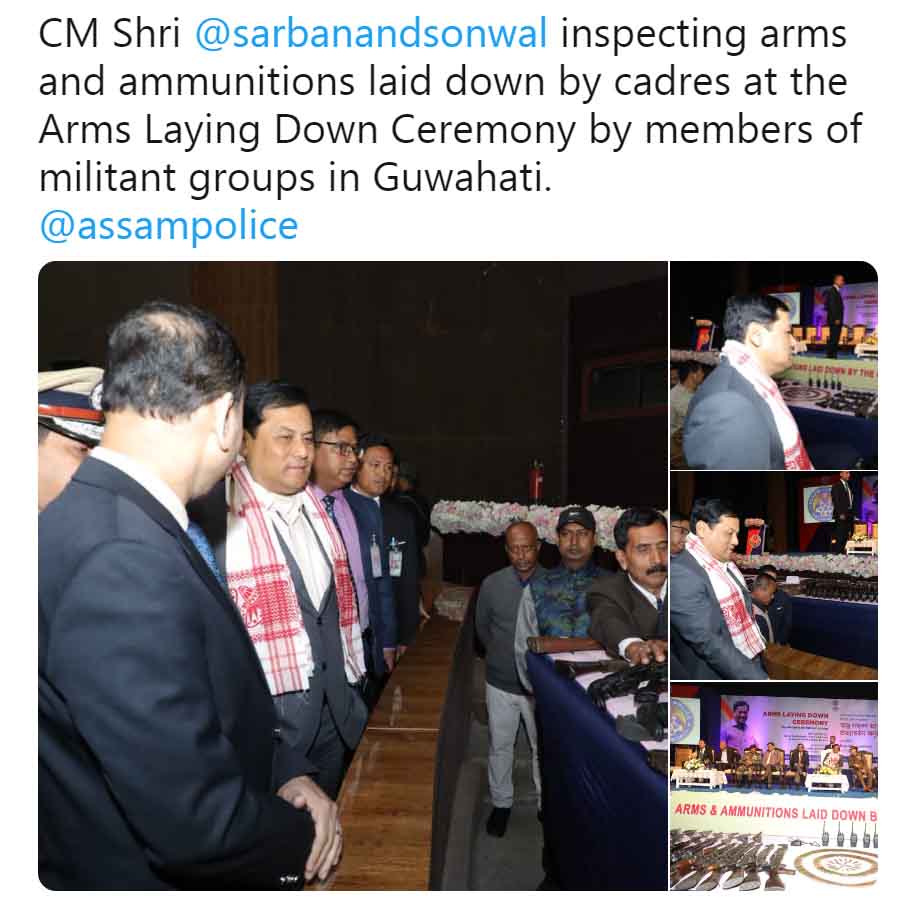 177 assorted weapons were collected during the event.

“The government will extend all possible assistance to you. My appeal to you is that wherever you live, you work to create an environment of peace,” CM Sonowal said. The CM welcomed the move and urged the youngsters to integrate back into mainstream society.

“This is an important day for the state and the Assam Police. Altogether 644 cadres and leaders of eight militant groups laid down their arms,” Director General of Police Bhaskar Jyoti Mahanta told reporters.

This month, the NDFB(S) (National Democratic Front of Boroland) and the Centre had entered into cessation of hostilities, and an MoU (Memorandum of Understanding) was set to be signed between the two parties soon.

Workshop organized on baking for homemakers and students in Tezpur

A Correspondent Tezpur: The Edupur Society, a frontier NGO of Tezpur organized a hands-on baking workshop for homemakers and students in the conference hall of...

A CORRESPONDENT LAKHIMPUR: The Lakhimpur district unit of Sodou Asom Kaibarta Yuva Chatra Sanmilani filed a case against two persons who made derogatory...

A Correspondent Goalpara: Foundation stones were laid for several schemes in the last one week to preserve the biodiversity and beautify the Urpad Beel near...