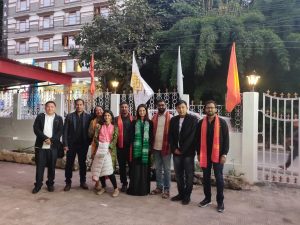 Kastom Basumatary education secretary of the ABSU said that along with me and two of my colleagues from the union have participated in an ongoing training session held in DIET centre Gangtok which is being organized by Meghshala Trust.

The Bangalore based Meghsala trust has been successfully working nationwide since 2013 towards the upliftment of the quality teachers so that the students of the nation could be benefited from it. A few months back they have signed an MOU with Manipur govt. & Sikkim govt. for bringing in quality teaching techniques to teachers. In future ABSU also hope to connect with Meghsala team for better learning in the Bodo medium, he added.