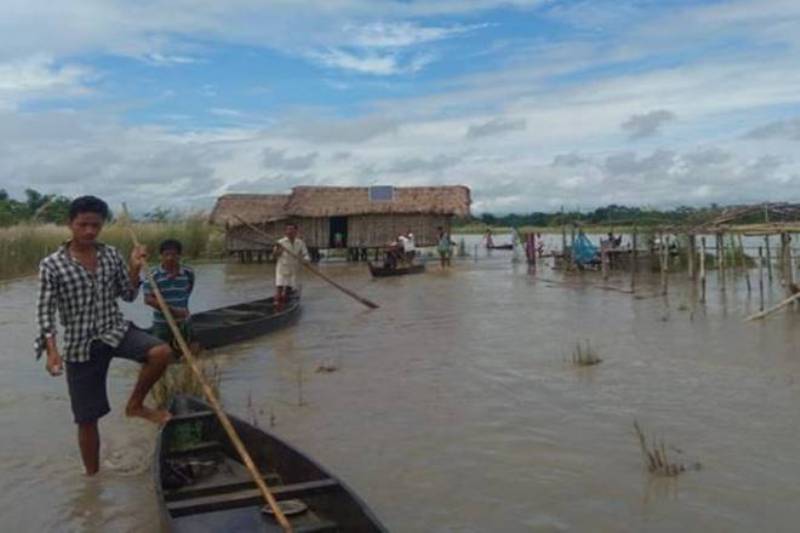 Dibrugarh: Dibrugarh District Disaster Management Authority, in a special meeting held on Monday, approved many proposals made by different departments under State Disaster Response Fund (SDRF) in relation to rehabilitation of completely and partially destroyed residences in the floods and repair or reconstruction of embankment, road, school, water supply schemes and health service centres.

In the meeting held under the presidentship of District Development Commissioner (in-charge), Sanjay Dutta, the first proposal to be approved was that of rehabilitating the completely damaged 117 residences and partially damaged 956 residences under Chabua, Dibrugarh West, Dibrugarh East and Moran Revenue Circles. To ensure that the beneficiaries derive the financial aid at the earliest, ADC Dipu Kumar Deka ordered the Circle Officers to submit the names and account details of such victims at the office of District Disaster Management Authority.