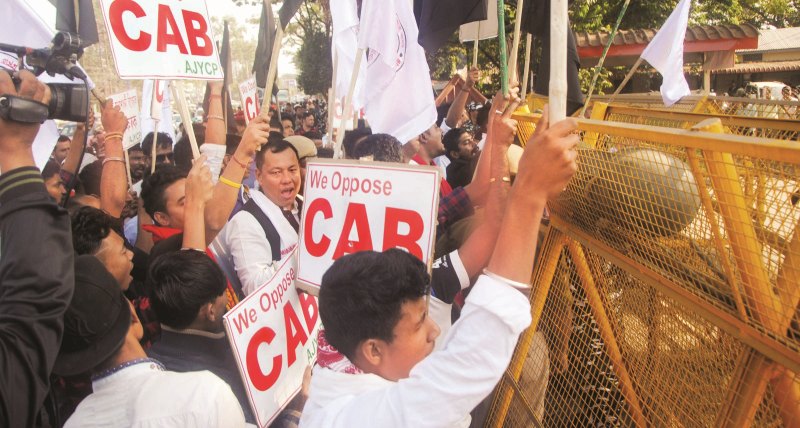 DIGBOI: The anti-foreigners’ agitation gained momentum in Digboi on Tuesday during the 11-hour bandh called by NESO. Jiten Dutta, the pro-talk ULFA leader, said that the arbitrary imposition of CAB against the interest of the indigenous people of Assam would under no circumstances be accepted. “We were Assamese by blood, we are Assamese and will remain Assamese in our land but we have to re-think about calling ourselves Indians,” said the ULFA leader in the context of the Centre’s forceful imposition of CAB in Assam unlike other States of the Northeast despite all out resistance by the Assamese people.

According to him, the Brahmaputra Valley would be the worst affected part in Assam after the illegal Bangladeshi migrants gets citizenship under the cover of the contentious Bill. Compared to the other north-eastern States with ILP provisions and the Sixth Schedule Areas after getting the Centre’s nod of exemption from the purview of the Bill, Dutta said that the indigenous Assamese people would protect Assam themselves irrespective of what the government did.

On the other hand, several hundreds of aggrieved protesters during the anti-CAB rally conducted a funeral procession carrying the effigies of Prime Minister Narendra Modi, Home Minister Amit Saha, Chief Minister Sarbananda Sonowal and ministers Himanta Biswa Sarma and Atul Bora. The dawn-to-dusk bandh was total with no vehicles plying on the road and commercial establishments and government offices remaining closed.