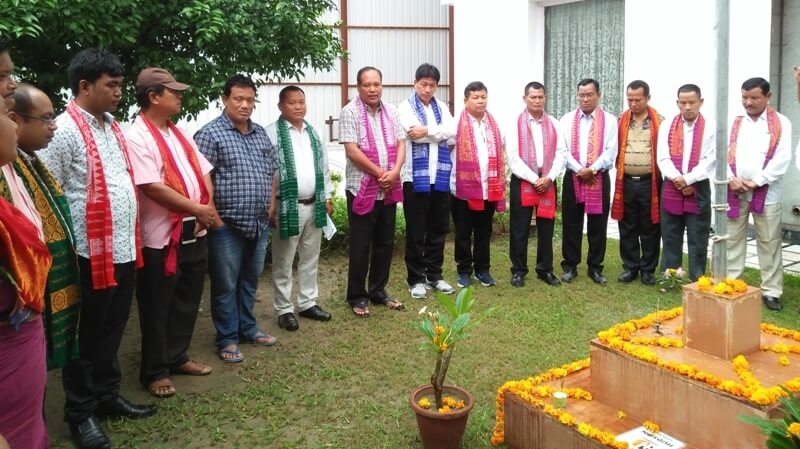 KOKRAJHAR: Rajya Sabha MP Biswajit Daimary on Thursday pushed for creation of Boro-Kachari Autonomous Council for the Boro, Kachari and other tribal people living outside BTC districts of Assam for their socio-economic, cultural and literary uplift.

Daimary, while attending the 6th foundation day of United Bodo People’s Organization (UBPO) held centrally at Kailash Colony in New Delhi as chief guest, said that the Government of Assam had already announced that the Boro-Kachari Autonomous Council would be formed for the development of Boro-Kachari and indigenous tribal people living outside BTC districts and now the ball was in the court of the government. He said the UBPO had been playing a pivotal role for socio-economic uplift of Bodo and Kachari people living outside BTC, besides taking up various issues of other tribal people with the government.

Daimary said, “The Bodo people from various districts across the State fought for the solution of Bodoland problem and they laid down their lives. The BTC was created in 2003 with four districts but there are many districts having sizeable Bodo population that are not included in BTC. In future too, inclusion of Bodo villages of various districts with BTC may not be viable for which the government looks for an alternative mechanism for their socio-economic development.” He said the creation of Boro-Kachari Autonomous Council was an appropriate idea of the State Government which was also being supported by BPF and other parties.

The president of the UBPO, Mihiniswar Basumatary, after hoisting of organizational flag, said they had been struggling for the creation of Boro-Kacahri Autonomous Council outside BTC for the socio-economic uplift and development of literature and culture of the Bodo, Kachari and other tribal people. He said they were hopeful of early creation of Boro-Kachari Autonomous Council as assured by the government.

Basumatary said most of the leaders of UBPO from different districts worked together for the cause of Bodoland movement and played a strong role in creation of BTC. “Since we have been maintaining proximity with the leaders of BTC and other frontal Bodo organizations, we want rapid growth and development of Bodo and other tribal people living in BTC,” he said adding that they never wanted split among brothers. He also said that they always desired unification and to work together for the cause of the society.

The general secretary of the UBPO, Anil Kr. Basuamtary said the 6th foundation day of the organization was organized in their respective districts while the central committee observed the day in New Delhi as all the executive members had been camping in New Delhi to call on Union Ministers. He said the UBPO had 21 district committees outside BTC. The organization was formed in 2010 only in undivided Lakhimpur district but it was rechristened in 2013 after many districts pressurized them for expanding the jurisdiction of organization. As part of the programme in New Delhi, the president of the UBPO hoisted the organizational flag while advisor Bipin Goyary paid floral tribute to movement martyrs. The programme was also attended by other dignitaries.