SARUPATHAR: The Satra Mukti Sangram Samiti (SMSS) of Sarupathar regional unit on Sunday night took out torchlight processions in Sarupathar under Golaghat district, demanding the withdrawal of the proposed Citizenship (Amendment) Bill and the BJP-led government in the State to clarify its stand vis-a-vis the Bill.

Talking to The Sentinel, Akash Daw, the secretary of SMSS Sarupathar regional unit, said the agitation against the controversial Bill would be relentless unless it was withdrawn by the Central Government as it posed a grave threat to the identity of indigenous communities in the State. He also added that no political party or leaders supporting the Bill would be spared by the agitating indigenous communities.

“The peace and social harmony in Assam has been put to the test of time with multi-directional polarization taking place amongst political, non-political and people’s groups over the Citizenship (Amendment) Bill that has been proposed by the BJP-led government at the Centre and endorsed by the ruling BJP party in Assam. The Assam Government has not taken any official stand on the Bill till now. The polarization in the society over the Bill is getting prominent day after day and this is threatening the peace and harmony in the State,” he said. 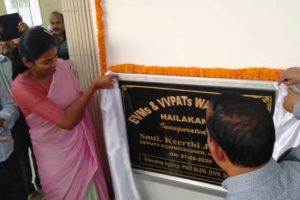 AASU takes out motorcycle rally against CAB in Udalguri district
Subansiri Hydroelectric Project work will be stopped at any cost, threatens AJYP