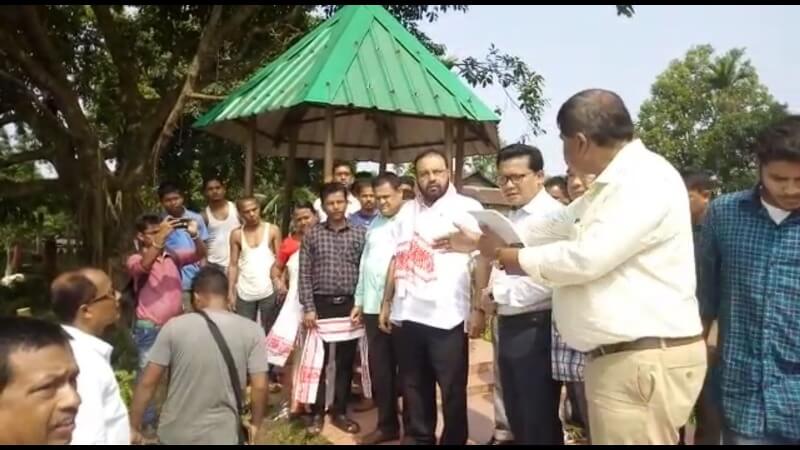 The minister also visited the erosion-affected areas, including Gangmou Than and Laal Pukhuri village, Buroi under Behali LAC and Karibil Bangali village and Dipara under Gohpur LAC and interacted with the erosion-affected people and the Panchayat members. These areas have been severely eroded by the rivers Brahmaputra, Borgang and Buroi and a good number of villages, roads and bridges were already washed away by the surging water. The minister assured all possible help in preserving the historical Gangmou Than set up by Sri Sankerdev and its adjoining Padum Pukhuri.

Mahanta instructed the authorities concerned to make long-term plans to stop erosion and also to ensure the safety of life and properties of the affected people. He was accompanied by MLAs P Borthakur and U Borah, Biswanath Deputy Commissioner P R Khaound and other high-level officials. Earlier, the minister attended a high-level meeting at the Circuit House and reviewed the initiatives undertaken by the administration to tackle the flood situation in Biswanath district.