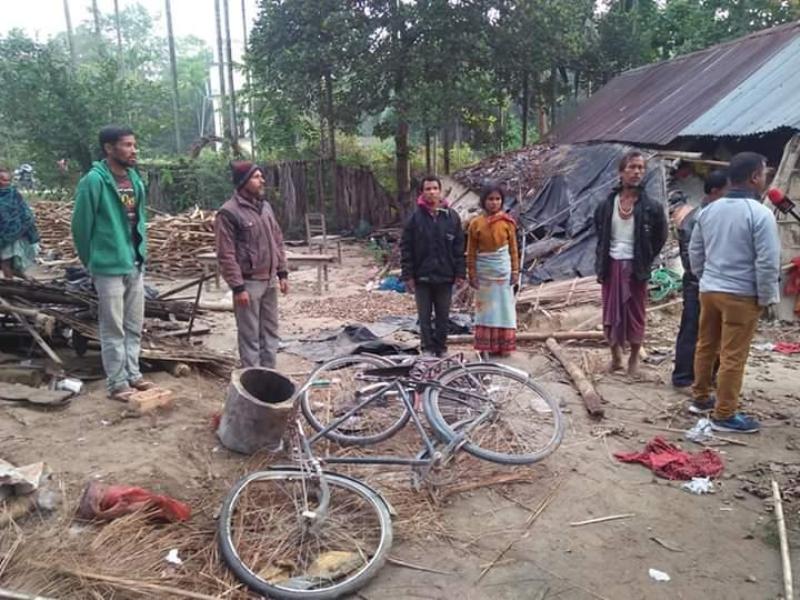 On Saturday morning, more than 1,000 people gathered at the center of Narayanpur village and blocked the Nagrijuli-Kawli-Kumatikata road for hours. Showing resentment, people broke down the signboard of forest check post of Narayanpur under the Kumarikata forest range and burnt it as part of their protest. Moreover, the people also burnt the effigy of forest minister Parimal Suklabaidya.

The people demanded steps for ensuring the security of their lives and properties. They also sought security in the lives of wild elephants. Two people have been killed by wild elephants in Nagrijuli and Kumatikata area under the Kumarikata forest range office in the last 40 days. Yet, the forest department has taken no measure to control the atrocity of wild elephants, local public alleged in front of media persons.

‘There are lots of discrepancies in Education System of Assam’: Ismail Hussain
Rally protests ‘failure’ of Central Economic Policies at Haflong