Silchar: It is something novel and unique that at the initiative of the Speaker of the House a day was fixed for taking up discussion on the problems and issues of a district or area in the Assembly. The problems might centre round socio-economic condition, health, education, connectivity, power, potable water, tea tribe, unorganized labour sector or any other subject that comes under the ambit of discussion in the larger interest of people. At a meeting with the MLAs of Barak Valley, ruling and opposition, on Tuesday at the conference hall of new MLA hostel at Dispur, Speaker Hitendra Nath Goswami interacted with them on the matter and sought their views and how best the full day discussion could be made fruitful.

On this occasion was present Parimal Suklabaidya, Minister of Forest, Excise and Fisheries who taking part in the deliberations appreciated the initiative of the Speaker and said it provides an opportunity to the people’s representatives to take up and focus on the issues of their respective constituency. MLAs Rajdeep Goala, PAC Chairman, Kishore Nath, Sujam Uddin Laskar and Kamalakha Dey Purkayastha among others expressed their happiness for allotting a day long discussion on the core issues of Barak Valley. The Speaker fixed July 25, the last day of the monsoon session, for the Valley. It would not only be confined to discussion only. Parimal Suklabaidya said his government is committed to solve the problems of people. This initiative of the Speaker, he added to say, heralds a new beginning in the annals of the history of the Assam Assembly.

The Government would take note of the problems raised and the steps taken for their resolution would be placed in the next session of the Assembly in its ‘action taken report’. The issues of Dima Hasao and Karbi Anglong districts have been discussed earlier. Prelude to the final day debate, Speaker Hitendra Nath Goswami would sit with the representatives of various organizations, NGOs and leading citizens of the valley on July 23 at the central hall of the Assembly to hear from them the burning problems of their areas for their proper representation by the people’s representatives in the Assembly. Shailendra Kumar Pandey, public relations officer of the Minister of Forest briefed the media all about the initiative of the Speaker. 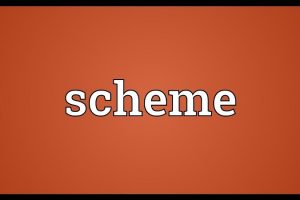 A Correspondent Hailakandi: Five innovative schemes and projects initiated by the district administration have been selected for nominations for SKOCH Award...