The occasion was graced by the film's lyricist and music director Ibson Lal Baruah, singer Anindita Paul, lead actors Zerifa Wahid and Joy Kashyap along with the co-producer Shahnaab Alam and executive producer Sartaj Alam. The film's cinematography is done by Suman Dowerah, art designing is by the veteran Phatik Baruah, sound designing by Amrit Pritam and editing handled by Hu-en Barua.

The film, reportedly made at a budget of approximately Rs 3.5 crore, is also slated to open the second edition of the Guwahati International Film Festival (GIFF) at the Srimanta Sankaradeva Kalakshetra on October 25. 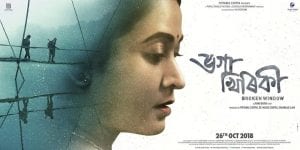 A multi-layered story, from the perspective of a female protagonist, the film is based on the real life experiences of a village girl in upper Assam and is set against the socio-political landscape of the state in 2015.

The film has been extensively shot close to the wilderness of Kaziranga National Park. The cast includes Zerifa Wahid who plays the protagonist, actor Seema Biswas, Joy Kashyap, and National Award winner Bishnu Khargoriya, among others.

A joint venture between Priyanka's production house Purple Pebbles Pictures and Easterly Entertainment, a Mumbai based company, 'Bhoga Khirikee' will release at the theatres on October 26, 2018.