Women can zip their lips, but when they open their minds and pen, they speak more than just words. They pen down heart, mind, soul and lives – real lives. Here are a few women writers, who have made a difference in 2018 and created gyres in the literary world, and the world (as a whole). Here are some of them.

When “sky is the limit” phrase leads to an idea of abundance of possibilities, it also leads to the conceptualization of the sky being a father. “Sky is My Father: A Naga Village Remembered” by a Naga poet Easterine Kire is a historical novel about a battle between the British and the Angami warriors in the village of Khonomain the nineteenth century. This English novel stitches together history, oral narratives and tales to tell a story of Easterine Kire, born in an Angami Naga family, is a phenomenal woman author and poet, whosemajority ofwritings are based on the lives and realities of the people in Nagaland, in the north-east India. She studied undergraduate study in Shillong followed by a course in journalism in Delhi. She has a phD in English literature from the Savitribai Phule Pune University. Currently, she lives in northern Norway. You would be surprised to know that this deep-thinker and recognized writer also performs Jazz poetry with her band Jazzpoesi.

One of the common problems that women face is that they are asked to hush, hush and hush all the time, while they are popular for being the chatter boxes. Anyway, breaking the stereotyping has become the norm of the ra, and so we see this appealing poster of the novel, “Chup: Breaking the Silence About India’s Women” talking more than actually said. This novel is by Deepa Narayan, who is an independent international poverty, gender and development advisor and writer. She possesses over 25 years of experience working at the World Bank, the UN, and NGOs and spent years living in village communities of Africa, South and East Asia. All of this, has collectively led to her approach of having ‘people first’ focus, as well as local community scenarios. “Chup..” is based on her research and interviews with around 600 women across the country. She tells the stories of breaking free from abuse and patriarchial mindsets and chauvinism apart from telling the stories of women who resist and rebel in their daily lives. The book also throws light on the lives women, who are silenced in different stages of their life. Hush, hush…. Don’t hush!

Sumana Roy’s novel, “Missing” has also stirred the literature world to a huge extent last year. The follows as such, where Kobita, a 54-year-old activist, who is married to Nayan, a blind poet, decides to travel to Guwahati. Her objective of travel is to search for a molested girl, who is nowhere to be found. Soon, Nayan stops getting her calls. Set over seven days after Nayan loses all the contact with Kobita. This novel is a study of the modern marriage, and poses a question: What happens when a wife goes missing? Remember the story in the CBSE book, “The Pendulum”? Well, you can relate with it to some extent. The beauty and simplicity of the story is that the poet and memoirist present a fictional projection of contemporary politics and culture through an age-old question.

Now comes, “Feminist Rani,” Shaili Chopra, the founder of SheThePeople.TV. This book is a a collection of interviews with path-breaking and fascinating opinion leaders like Kalki Koechlin, Gul Panag, Aditi Mittal, Gauri Sawant and more.Feminist Rani: India’s Most Powerful Voices on Gender Equality by Shaili Chopra and Meghna Pant is a pathbreaking approach towards the reflection of women and their lives, with some really compelling conversations (even with men). Gender parity is the central theme of the book, and yes, it gradually evolves with different perspectives. who have advocated gender equality and women’s rights through their work, and provides a perspective on the evolving concept of feminism in an age when women are leading the way. Shaili’s platform gives scope to real women and their stories.

An award winning business news Presenter and Editor, who writes for certain prominent newspapers and has worked with NDTV, ETNOW, holds the Ramnath Goenka Award for Excellence in Journalism, considered highest honour for Indian journalists. She has interviewed leaders like Warren Buffett, George Soros, Mukesh Ambani, Ratan Tata and many others.

Born in Shillong, Meghalaya, Anjum Hasan is an Indian novelist, short story writer, poet, and editor. Her book, “A Day in the Life” is set in varied locales across the country and stitches fourteen incredible stories about the strange encounters of peculiar, vulnerable, ordinary characters, outliersand their eccentricities as well as tragedies. The book questions identity and purpose. 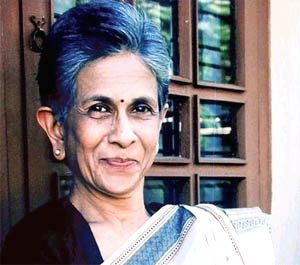 Her first book was an anthology of poems “Street on the Hill,” which appeared in Norwegian translation as Gata på toppen av en ås as in 2011 from Margbok.Her debut novel “Lunatic in my Head,” which was shortlisted for the Crossword Book Award 2007 was set in Shillong, a picturesque hill-station in north-east India, in the early 1990s moving around three characters including an IAS aspirant obsessed with Pink Floyd; a college teacher struggling to complete her PhD and longing to find love of the life. Anjum’s second novel,“Neti, Neti” was longlisted for the Man Asian Literary Prize 2008 and shortlisted for The Hindu Best Fiction Award2010. It was about the story of a twenty-five-year old Sophie Das, a character from Shillong who is looking for accomplishments in Bangalore.

“What Gandhi Didn’t See: Being Indian in South Africa” by Zainab Priya Dala, describes the lives of Indian diaspora in South Africa illustrating the dichotomy between being bound to the Indian culture and creating a strong South African identity.Zainab’s debut novel, “What About Meera” bagged the inaugural Minara Aziz Hassim Literary Prize in South Africa and was longlisted for both the Etisalat Prize for Fiction (the most prestigious literary prize for African fiction) among others. In 2017, she received an Honorary Fellowship in Writing at the International Writers Program at the University of Iowa.

Richa Kaul Padte’s “Cyber Sexy: Rethinking Pornography,” is about the much hush-hushedtopic, i.e. pornography, sexuality and how Indian women experience it. She also talks about how societal and family systems have stigmatised the idea of sexuality while internet, as a medium, has come to rescue in devouring the related taboos.Her writings have been published in different platforms, including VICE, Rolling Stone, Bitch, Buzzfeed, The Establishment, Yahoo! Originals, the Caravan, Open, GQ, Extra Crispy and Racked. This author is also into cats. She loves them.

Anuradha Roy’s “All the Lives We Never Lived” is a story about the disintegration of a family as narrated by Myshkin, a man in his 60s. His rebellious mother Gayatri leaves him as a young boy, as a result, he spent his life waiting for her letters and her. Penned down by Man Booker Prize-nominated author, this book is set largely in the early part of the 20th century. Anuradha is also known for “An Atlas of Impossible Longing”, which has been translated into fifteen languages and was named by World Literature Today as one of the "60 Essential English Language Works of Modern Indian Literature".Her second novel, “The Folded Earth”, had bagged the Economist Crossword Prize, while anotehr one, i.e. “Sleeping on Jupiter”, had won the DSC Prize for South Asian Literature and was nominated for the Man Booker Prize.

Anita Nair’s “Eating Wasps” is divided into eight different sections that migrate through the lives of beleaguered and flawed women characters hailing from diverse backgrounds. These women battle their fearsas they move forward in life. Novelist, short-story and screenplay writer, Anita is the bestselling and critically acclaimed author of the novels The Better Man, Ladies Coupé, Mistress, Lessons in Forgetting, Idris: Keeper of the Light and Alphabet Soup for Lovers. She has also authored a crime series featuring Inspector Gowda. She has won the National Film Award in 2013 among others. Anita is also the founder of the creative writing and mentorship program.

“The Long March” by Namita Waikar, depicts the agrarian crisis in Maharashtra, which led to lakhs of farmer suicides bringing forth an inspiring story of the rural world, the mobilisation and fight for justice by the marginalised communities. Born in Mumbai in 1961, Namita took a parabola run from bio-chemistry to becoming the managing editor of the People’s Archive of Rural India (PARI) where she leads and writes for the Grindmill Songs Project and oversees its translations programme. As a partner of a chemistry databases firm in Pune, she fulfils her work as a biochemist and a software project manager.

Popular Indian author and bloggerKiran Manral’s “Missing Presumed Dead” is a riveting spine-chilling whodunit, which has a mentally unhinged protagonist and other undependable and untrustworthy characters. The plot has unexpected twists and turns that brings us face to face with the brittleness of relationships.Her first novel, “The Reluctant Detective” and “Karmic Kids” have beome popular. Kiran is also the founder of India Helps, a network of volunteers who assist disaster victims.

Andaleeb Wajid’s “The Sum of All My Parts” is a gripping story that moves around an old woman named Mariam, who is leading a retired life in a quiet Vellore suburb, and teaches four women how to crochet. While crocheting the stories evolve and blend seamlessly.Mother of two sons, Andaleeb writes on a variety of topics like relationships, marriages, food, religionand others. She started writing at a tender age of 10, and then decided to pursue writing as a career after school.

Twinkle Khanna’s sense of humour and approach is quite popular, especially among the x, y and z generations. “Pyjamas Are Forgiving” was launched in 2018 is set in a spa-cum-hospital facility, Shanthamaaya Sthalam. A lady in her 40s, Anshu, comes in search of freedom from the doshas and a past. Her inmates are her ex-husband Jay and his unnaturally young new wife, Shalini. Anshu struggles with coping up with the desires and disappointments. The story has the seasoning of wit, humour and thoughfulness.

Shashi Deshpande, an award-winning Indian novelist and a recipient of the Sahitya Akademi Award.Her “Listen To Me” provides a deep and personal account that elaborates on the shaping of a writer’s sensibility. She cites an acute observation of an eventful era in Indian literature and history. Her novel, “The Binding Vine” is the narration of clever and sharp-tounged Urmi, who is the protagonist of the story. She is seen mourning over the death of her baby daughter. She is surrounded by caring her mother, Inni and her childhood friend and sister-in-law, Vanna. Through this phase of her life, Urmi is dragged into the lives of three different women, which unfolds a tale of courage and strength, and the first one is her mother-in-law, Mira who is long dead, and exists only in the notebooks that she has left behind. Mira’s journals and poetry speak of the pain a young woman stuck in an unhappy (arranged) marriage.

“Daughters of the Sun: Empresses, Queens and Begums of the Mughal Empire” by Ira Mukhoty is about the tales of women of the Mughal empire, who went to accompanied men to the battles and how they who helped in setting up the mighty Mughal empire.