Aruna Irani (born 18 August 1946) is an Indian actress who has acted in more than 300 films in different languages, including Hindi, and Gujarati cinema.Mostly, she has played the supporting character roles. She has performed a number of dance numbers in the songs "Thodareshamlagtahai" from the film Jyoti (1981), "ChadtiJawani Meri ChaalMastani", "Dilbardilsepyare", and "Ab jo mile hai" from the film “Caravan” (1971); and "Main shayar to nahi" from the film Bobby (1973). 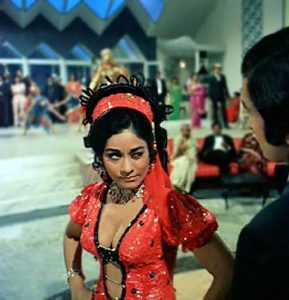 Her performances won her a nomination at Filmfare Awards for Best Supporting Role. She holds the record for winning the most nominations (10), in this category, and received the award twice for her roles in “Pet PyaarAurPaap” (1985) and “Beta” (1993). In January 2012, she was honoured with Filmfare Lifetime Achievement Award at the 57th Filmfare Awards.

ArunaIrani was born on 18 August 1946 in Mumbai, India. Her father FaredunIrani ran a drama troupe, and her mother Saguna was an actress. She is the eldest of eight siblings, and gave up studies after sixth standard because her family did not have enough money to educate all the children. 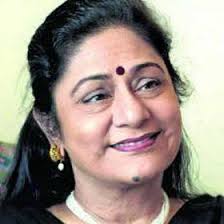 In the late 1980s and 1990s Irani switched to playing motherly roles, notably in Beta (1992), for which she won her second Filmfare Best Supporting Actress Award. She acted in the Kannada remake of the same film with the same role. Some of her Marathi films are “AandhlaMartoDola”, “Bhingari”, “ChanguMangu”, “LapwaChapvi”, “EkGadiBakiAnadi”, “Mitwaa” and “Bol Baby Bol”.