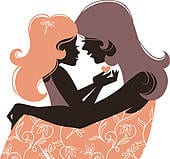 The doctor looked grim and said, 'I am not sure why despite the surgery and two years of medication, she has not regained her memory?' Rohan let out a sigh and asked, 'Is everything else okay?'. 'She is perfectly fine. No health issues. All the reports are completely normal. I will give you the tablets which should help her in retrieving her past memory. Let's see if they help this time. You were the one who brought her to this hospital after her accident. You were the first person she saw after her surgery. She took you for her son. The way she cares for you, I feel she has a son like you. Her family must be hell worried.', said the doctor with frowns on his forehead. Keeping back the stethoscope on the table, he continued, 'I asked the nurse to escort the patient to your car. She must be waiting for you.' 'It's "maa", not "patient" ', Rohan corrected the doctor. The doctor smiled and said, 'Yes young man. My bad. Your maa is not a patient anymore.'

Rohan gave a firm, warm handshake to the doctor, thanked him profusely and left. On the way to his car, he did his usual task of throwing away the tablets which the doctor has always given him in these two years to cure his mom's memory loss. He looked at the tablets and said 'In all these years of life I never knew what it is to have a mom till she came to my life. All I had was a rough childhood and a broken marriage. I won't let her go.

I need her, my daughter needs her.

I hope she never regains her own memory…never.'

As they drove home, she asked, ' What did the doctor say?' Rohan replied with a pleasant smile, 'The doctor said, my maa is the best. She is as fit as a fiddle.' She laughed. With the strands of grey hair tied neatly into a bun and wrinkles covering her oval face, her laughter looked divine. As she laughed, her glasses slipped and fell on her lap. Rohan said, ' In the evening, we will go and get a new pair of glasses for you.' ' I don't need a new pair. This pair is perfectly fine.', she replied. Rohan continued, ' No further discussions maa. We are getting a new pair of glasses for you in the evening and that's it.' 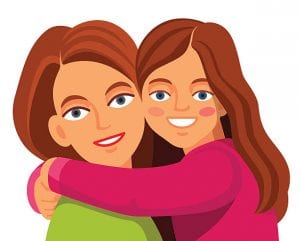 She couldn't say anything more. She just said, 'Okay, fine. By the way, I have made rice porridge and chicken curry for lunch. I have asked the cook to knead the dough. Once I reach, I will make fluffy chapatis (flat breads) for you.' With bright happy eyes he screamed, 'Yayyy, let me drive faster.' He continued, 'But then, Maa, why do you take the trouble. You should get some rest. Let the cook handle the kitchen.' She brushed his hair with her wrinkled hands and said, ' Nownow, drive carefully. I do take care of myself. I get my share of my rest.'

While he drove, she looked outside at the moving valleys, recalling her childhood in the orphanage, her youth in that dilapidated working women's hostel, and the days in the old age home, just before the accident. She never had a family. Now she has Rohan. He is her son. His daugherShanaya is her world. At this point in life, she has no regrets because she has someone to light her funeral pyre. She had never forgotten her morose past. She had never lost her memory. Every moment of her life in all these years is still fresh.