Bride-to-be and Nick's belle, PeeCee has barely given fashion police to hoot the siren for a flaw; rather she has hooted the siren herself for her stylish arrivals that are such kind of arrivals that never cease to win our hearts.

Quantico actress was seen donning an attire that will question every lady boss in the world, "who looks much better as a boss?"

Recently, while she attended the Golden Heat Awards, in New York, she looked attractive in a blue suede, top bun and stringy heels.

She also gave us all another breathtaking surprise at a music event in Las Vegas, with her new off-shoulder short white dress.

She teamed it up with mid-parted long tresses that she had let open, mild makeup, golden satchel and nude heels.

Next comes Bebo, who gave us those bossy vibes by sticking to colour black more.

In one appearance, she was seen in Balmains creation, a short, full-sleeves, and deep neck black buttoned dress. She had let her mid-parted open and softly curled towards the ends. 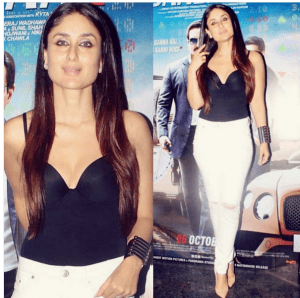 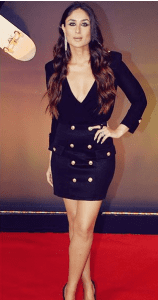 She wore a pair of stilettos and stone earrings. She made a classy style statement during the promotions of film, "Bazaar" with a white ripped jeans and black plunging top. She kept her makeup and accessories minimal for the occasion.