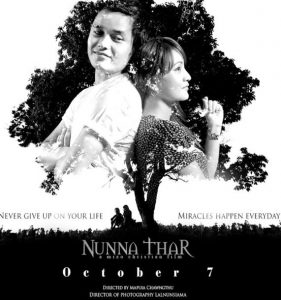 The fourth edition of the North East Film Festival, representing the diversity and rich culture of the eight states, organized by the National Film Archives of India (NFAI), in association with Symbiosis and Ishanya Cultural and Educational Centre (SICEC) and the North East Community Organisation Pune (NECOP), successfully concluded in Pune, recently.

Titled ‘Fragrances from the North East’, the festival which took place from February 1 to 3, served as a unique window to the films, food, culture and handicrafts diversity of North East and enabled the cultural amalgamation of the region with the rest of the country.

Screenings were held at the NFAI Phase ll, located in Kothrud, and the ELTIS Symbiosis (English Language Teaching Institute of Symbiosis) in the Model Colony.

The festival featured a selection of fifteen films in seven languages, of which two are bilingual – one in Sylheti Bengali-Assamese and the other in Assamese-Manipuri. Dominic Megam Sangma’s enchanting Garo-language film ‘Ma.Ama’ was the opening film, while Rima Das’ Assamese film ‘Village Rockstars’, which was India’s official entry to Oscars 2019, was the festival’s closing film.

Amongst the invited guests of the film festival were filmmakers Dominic Sangma, Roopa Barua, Monjul Baruah, Bobby Wahengbam, among others.

Roopa Barua’s engaging documentary ‘Daughters of Polo God’ - a tribute to the women polo players of Manipur, the birthplace of modern polo, and Monjul Baruah’s critically acclaimed movie ‘Kaaneen’, were also screened on the occasion.

Besides film screenings, a major attraction was the food stalls featuring cuisine from all the eight states and the setting up of tourism initiatives, at the venue.

People were seen crowding into numerous food stalls from all the Northeastern States and attending to the various musical and dance performances by individuals and groups. 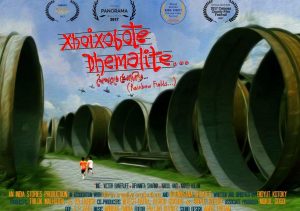 Bidyut Kotoky’s ‘Xhoihobote Dhemalite’ (Rainbow Fields) is just a step away from getting nominated for the ‘Golden Reels Award’ presented by the MPSE, in the Foreign Film category, which acknowledges the year’s best work in the various areas of sound editing: Dialogue, ADR, Effects, Foley and Music.

Founded in 1953, Motion Picture Sound Editors (MPSE) is an honorary society of motion picture sound editors, dedicated to improving the recognition of its members by educating the public and the rest of the filmmaking community as to the artistic merit of sound editing. The 66th Annual Golden Reel Awards, which is scheduled to be held on February 17, 2019, will honour the sound editorial for the year 2018. This is one of the best prestigious awards in the field of sound.

This is for the first time that an Assamese movie has been shortlisted for nomination for this prestigious award. The jury panel of MPSE will decide the nominations among the shortlisted films. 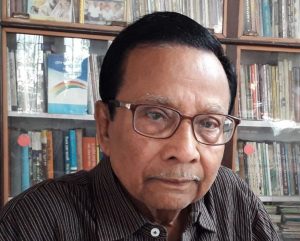 Speaking on the occasion, Sonowal said that Geetikobi Parvati Prasad Baruva has enlightened the Assamese culture with his immortal creations. The motive behind instituting this award is to keep his invaluable creations alive for the new generation to take inspiration and get motivated.

Prof Ali in his well articulated acceptance speech said that by receiving the award, he got bonded with the great soul of the cultural icon for a lifetime.

He recollected being deeply inspired by the works of Baruva, who is considered as one of the pioneers of Assamese modern songs, apart from Rupkonwar Jyoti Prasad Agarwalla and Kalaguru Bishnu Prasad Rabha. The much revered figure, who was the single most important influence on him during his formative years, taught him to love the world in all its beauty and complexity.

Speaking on the occasion, noted litterateur and former president of Asom Sahitya Sabha, Kanak Sen Deka threw light on the life and times of Parvati Prasad Baruva, his struggles in life, his perseverance and his continued zeal to contribute to the life and culture of the Assamese community.

On the occasion, Cultural Affairs Minister Naba Kumar Doley also reflected on the life and works and Pravati Prasad Baruah.

Power Minister and legislator from Sonari, Tapan Kumar Gogoi spoke about his long association with the family of the great cultural icon. “The people of Sonari always wanted the works of Parvati Prasad Baruva to be remembered by the State,” he said, while expressing his gratitude to the Chief Minister in instituting this award.

On the occasion, a host of former students of Prof Ali from Nagaon Girls College, where he served for more than two decades, spontaneously took the dais and felicitated him.

The function was attended by a host of dignitaries from the cultural, literary and social arena of the State, apart from the family members of Parvati Prasad Baruva. 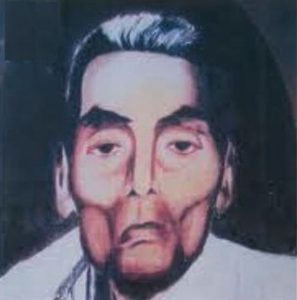 With the aim of bringing to public attention, some of the everlasting songs penned by Ananda Chandra Barua, popularly known as Bokul Bonor Kobi, has been uploaded on the YouTube, on his death anniversary, recently.

Barua, a resident of Jorhat, was renowned for his simple pastoral poems which resonated with the images of nature and humanity.

All the 35 lyrics, which had been transformed into songs, would be uploaded in batches.

The tune, arrangement and music to these songs, which have the potential to inspire the new generation, have been given by Pranabi Ram Baruah, Darpan Nath Sharma, Jeetu Tapan, Hiren Gohain, Nanda Banerjee, Dipak Gogoi and Mridul Bhuyan and Pradyut Hazarika.

The initiative to pay tribute to the poet on his death anniversary was taken by video director Samujal Kashyap and sound designer Jatin (Maina) Sarmah of Mumbai. Gautam Majumdar was responsible for the making of the lyrical video which has been uploaded. Translation of the content into English has been done by Utpala Goswami. Ananda Chandra Baruah, a Padma Shri and Sahitya Akademi awardee, had composed 300 odd poems and lyrics, which were unearthed and compiled by Subhra Baruah in a book edited by former Asam Sahitya Sabha president Nagen Saikia .