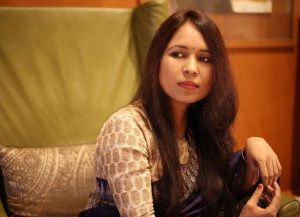 In a heartening news, Rima Das has been honoured with the Dublin Film Critics Circle (DFCC) award for Best Director for her film ‘Bulbul Can Sing’ at the 2019 Virgin Media Dublin International Film Festival.

Shot in the stunning setting of her home village in India, Rima Das’s film is a moving drama about coming of age, sexuality and personal identity. It centres on Bulbul and her two closest friends, Samu and Bonny, who find themselves challenged by convention, tradition and expectation in their communities as they reach their teens. When outraged locals shame them for their acts, their friendships and very sense of self is put to the test.

“I’m delighted to win Dublin Film Critics Circle Jury Award for Best Director for ‘Bulbul Can Sing’. It’s amazing that a film based in a small village in Assam, India, is winning hearts in another part of the world. Thanks Virgin Media Dublin International Film Festival Virgin Media Dublin International Film Festival, Ireland for the honour,” Rima said in a statement.

Manoranjan Das, the actor who played the character of Suman in the film also bagged the Best Performance Award at the Singapore International Film Festival last year.

The Dublin International Film Festival was held in Dublin, the capital city of Ireland from February 20 to March 3. 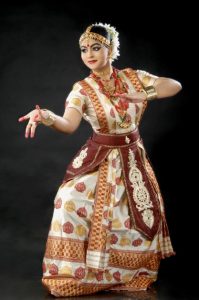 Krishnakshi Kashyap - one of the most talented young Sattriya dancers at the moment, has been conferred with the Young Talent Artistes Award for the year 2017-18, by the North East Zone Cultural Centre (NEZCC), Ministry of Culture, Govt. of India. The awards, presented to a number of talented artistes of the region, were given away by the Hon’ble Governor of Nagaland and the Chairman of NEZCC, Padmanabha Balakrishna Acharya, on March 8, 2019, at Shipgram in Guwahati.

A stage prodigy, in view of her achievements at such a young age, Krishnakshi is a disciple of Nartan Kala Niketan’s Ramkrishna Talukdar, who has been a constant source of learning and guidance throughout her journey.

"His dedication and contribution towards the art form has always inspired me to challenge myself to be a better performer at every stage. He is a firm educator and I used to practice for hours under his guidance," Krishnakshi said of her guru Talukdar, a recipient of the prestigious Sangeet Natak Akademi award in 2017.

Krishnakshi, who started her Sattriya education at the age of six, has also trained in Bharatnatyam under the guidance of Sangeet Natak Akademi awardee Guru Indira P P Bora, in Kalabhumi, Guwahati . She has performed in numerous events under the banner of both Nartan Kala Niketan and Kalabhumi. She also became a part of Sattriyakristi - a society dedicated to the promotion of arts and artistes, where she is now devoting herself for the promotion of this art form. She has successfully accomplished her training in both the dance forms, having completed her 'Arangetram' ceremony in Bharatnatyam at the age of thirteen, and 'Rangayatra' in Sattriya at the age of fourteen.

Krishnakshi said, "learning is a lifelong process and the Guru-Shishya tradition of Indian classical dance form denotes a lifelong and relentless process of acquiring knowledge from your guru."

Apart from her solo performances, she has also been a part of many dance dramas and choreographic creations by Ramkrishna Talukdar, with whom she has shared the stage on a number of occasions in numerous prestigious events, which has given a big boost to her professional dancing career.

"The recognitions and awards helps the artiste to get better opportunities for performance. My aim is to take Sattriya dance to as many platforms as possible across the globe," said Krishnakshi, who is also a graded artiste of Prasar Bharati, Doordarshan Kendra, Guwahati, in Sattriya Dance.

Presently pursuing her degree in Economics from Jesus and Mary College under Delhi University, she is passionately working for the promotion and propagation of Sattriya Dance. It may be difficult to pay attention to both studies and dance at the same time, but she has been able to strike a perfect balance. The feeling of performing on stage before the art lovers and the promotion of Sattriya, her state's invaluable legacy, gives her the highest level of satisfaction, which makes all the efforts worth it. 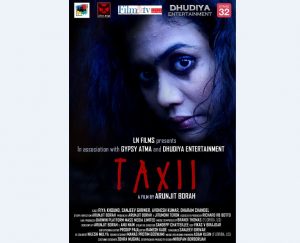 After overcoming various struggles and roadblocks, a Hindi short film titled ‘Taxii’ has been released on YouTube by the leading digital distribution company in India - Pocket films, on March 8, 2019. Produced under the banner of LN films, the thriller is written and directed by Mumbai based Filmmaker Arunjit Borah and produced by Jintumoni Teron. Shot across various locations of Mumbai, the film stars Riya Khaund and Sanjeev Giriwer in the lead. The film is about a girl who is traveling alone in a cab at night.

Los Angeles-based Musician Brandy Thomas, who has composed the music of the film, was contacted by Borah on a social networking site - stage32.com. The film’s music recording engineer is Adam Klein from Florida and the entire music for the short film has been recorded in Florida. The Re-Recording Mixer is Assam boy Boloy Kumar Doloi, who has worked in many Bollywood projects. The sound designer is Manas Pratim Goswami and director of photography is Vikash Birajdar.

Made on a shoestring budget, the film ran out of funds midway forcing the director to resort to crowdfunding. Thanks to financial help coming from Brandy Thomas and Richard RB Botto, the founder and CEO of stage 32, came on board as Associate Producer and the fund-starved ‘Taxii’ was back on track.

Aparajita Bhuyan also extended ample support to see the film through its completion. Now that the film is finally ready for release, there is a sense of relief and satisfaction.

Meanwhile, ‘Taxii’ has already been screened in various national and international film festivals and collected a number of awards. The film has already earned positive reviews. The film’s release coincides with the International Women’s Day. Based on the theme of women’s safety, the film is likely to raise a number of questions. 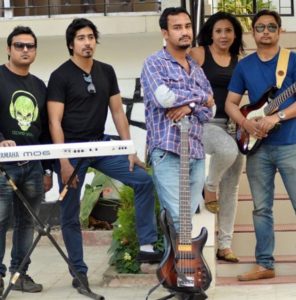 The second day of the 43rd foundation day celebrations at IGRMS witnessed rock bands from north eastern states of Meghalaya and Assam blending traditional folk with contemporary fusion. Rida Gatphoh, founder and lead singer of 'The Musical Folks', said: "Our music is influenced by western songs, gospel music , rock, blues and choir mostly. Youths are drawn towards western music, but we are trying to preserve traditional music. Some of the songs they presented were 'Phawar Mei Mariang', 'Kshaid Nohsngithiang', 'Leitphaishaiing', 'Kyntanglawai' and other Khasi tunes. The alternative rock band 'Mo and the shooting stars' from Assam performed Assamese songs in jazz rock fashion. Formed in 2015, this band's songs are inspired by rituals and traditions in Assam.