Prastuti Porasor is a well-known Assamese actor who has not only earned name and fame in the film industry with her power-packed acting, but has also got the title of 'Maharani' in the mobile theatre industry. And now this leading lady of Assamese films is all set to direct a full-length Assamese feature film. The film to be directed by her and produced by Gunajit Barman, under the banner of Hiramani Production, is titled 'Rajkumari'. 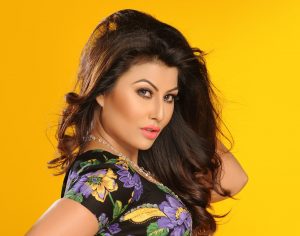 The story, screenplay and dialogue have been penned by popular playwright and lyricist Abhijit Bhattacharjya. After the spectacular success of 'Ratnakar', this is Abhijit's second film as a scriptwriter. According to the director, 'Rajkumari' is a family drama, with a generous dose of romance, action and emotion. The film recently released its official teaser and poster. The key roles will be played by Arun Nath, Utpal Das, Rimpi Das, Aparna Dutta Choudhury, Sukumar Barman, Pritam Baruah, Bibhuti Bhushan Hazarika, Kokil Saikia, among others, with Prastuti Porasor in the lead role. Mobile theatre's Sukumar Barman will make his debut in the film.

Shooting for the film will start from the month of April this year. The cinematography will be done by Pradip Daimary, editor is Samujjal Kashyap, music director Ajoy Phukan, associate director Chittaranjan Porasor, production controller is Manoj Mishra, vfx/graphics by Sheetal Kashyap, whereas publicity designer is Destiny. After 'Kanchanjunga' and 'Ratnakar', this will be another big budget commercial Assamese film.

The 8th National Children Theatre Festival, which saw the participation of nine groups from all across the country, concluded at the Rabindra Bhawan recently. The four-day fest, which saw the dexterous performance of all the groups, crafting their own stories into artistic expressions, saw a footfall of approximately 1500 children.

Apart from Assam, the festival, which was organised by Guwahati Shishu Natya Vidyalaya, saw participants from Mumbai, Kerala, Bhopal and Delhi. The theatre groups Guwahati performed three plays, while groups from Darrang and Goalpara performed one each. The plays were separated into two categories - theatre for the children (where even an adult can participate) and the second being theatre by the children. 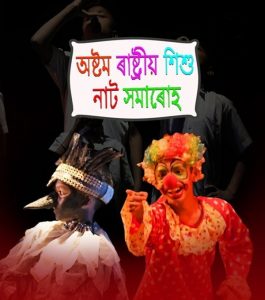 The festival presented three shows daily for four days. Of the three, one was from Assam and the others from the rest of the states.

The festival has been playing a prominent role in bringing various drama groups on a common platform, where children can make a creative connection and also develop a bond to preserve diversities and culture.

The theatre scene of Northeast is already quite enriched with Sankardeva introducing Ankiya Naat Bhaona (theatrical performance in the 15th-16th century). The scenario further ripened with the introduction of mobile theatres and street plays (Bator Naat) in the 1960-70s. Assamese theatre has come a long way and now with the children's theatre festival becoming a hit, Assam's theatre scenario is clearly reaching new heights.

UTSA, ASOM, an amateur theatre group of Na-Maithang near Kakopothar here, conducts workshops on drama, mime, recitation, etc., for children throughout the year. 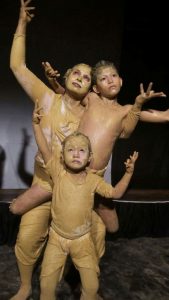 On the concluding day of the workshop, the participating children presented a colourful programme including drama, mime, recitation, song, dance, etc.

The film 'Idiom of Rug' by noted Assamese documentary filmmaker Dip Bhuyan was screened to critical acclamation in the Mumbai International Film Festival (MIFF) 2020, which has kickstarted on January 28.

The 52-minute long Hindi documentary, produced by the Films Division, Mumbai, Ministry of Information and Broadcasting, was screened in the National Competition category of the 16th edition of the fest on January 31.

The documentary explores the practice of traditional rug-making in Arunachal Pradesh that has rich cultural and spiritual manifestations, and the threats that loom large over this generational activity. Interestingly, this is Bhuyan's sixth film to be screened at MIFF.

Another film by Bhuyan – 'Manash & People', will be screened in the Northeast package of the Festival on February 2.

Born and brought up in Assam, Dip Bhuyan, who graduated from Guwahati's Cotton College, completed his masters in Statistics from Delhi University in 1991. Bhuyan has been rendering his service as a media educator. He is associated with Cotton College, Gauhati University and KK Handique State Open University as a visiting faculty of film making. Under his guidance, more than 100 documentaries and ad-films have been made by the media students of Cotton College. He made his debut with 'Friends Forever' in 2002 and since then, has made around 30 works, both documentaries and fiction films. His works strongly reflect the pressing contemporary issues, the indigenous folk traditions, the history and traditions of a particular region, among other things.

Bhuyan's notable works include the documentary 'The Divided Souls', which was based on Sahitya Akademi Award-winning Assamese novel, Makam, by Rita Chowdhury. The 55-minute documentary, shot in China, Hong Kong, Tawang and Makum in Upper Assam, highlighted the predicament of the descendants of those Chinese people who were brought to Assam by the British to be used in the nascent tea industry during the 19th century. It was awarded the Indian Documentary Producers' Association (IDPA) Award for Excellence in editing for 2010. His documentary 'Seshasha' (The Last Hope) on the plight of the wild animals, especially the rhinos of Kaziranga National Park and the Pobitora Wildlife Sanctuary during the floods in summer season, was nominated for screening in the Indian Panorama section of the International Film Festival of India (IFFI) in 2010. Besides directing, Bhuyan himself shot the film. 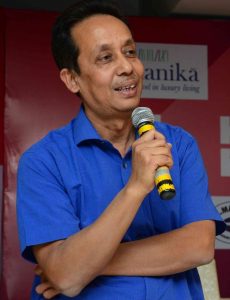 Dip Bhuyan's another critically acclaimed work – 'Resonance of Mother's Melody', which was about the unique age-old practice of communication through whistling, practiced in a remote Khasi village in Meghalaya, was also selected to the Indian Panorama of the 44th International Film Festival of India, in 2013.