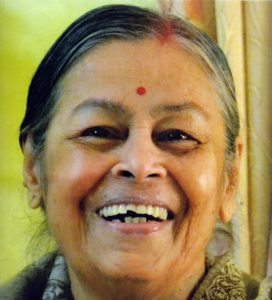 An era has ended with the passing of legendary singer Dipali Barthakur. Popularly known as the ‘Nightingale of Assam’, the singer had been suffering from motor neuron disease for four decades. Born at Sonari in undivided Sivasagar district in 1941, Dipali Barthakur moved millions with her soulful songs, the first of which was recorded when she was in high school, in 1955, at the All India Radio. At the age of 15, she earned the best singer award in a competition conducted by Sangeet Natak Akademi at Dibrugarh. She leaves behind an unforgettable legacy of a genre of music that accurately captured the essences of rural and tradition lifestyles of the state. During her musical career spanning across the 1950s and 60s, she delivered evergreen Assamese hits, such as ‘Senai Moi Jau Dei’, ‘Somoi Pale Amar Phale Ebar Ahi Jaba’, ‘Sunor Kharu Nelage Muk’, ‘Jundhone Junalite’, ‘Konman Boroshire Sip’, among others, which have remained popular across generations. The song ‘Joubone Amoni Kore Chenaidhon’ (used in the film Lachit Borphukan in 1959), to which she lent her golden voice, became a runaway hit.

It was in 1968 during a recording session at AIR that the singer with the golden voice found it difficult to sing. A few years back, she had won the hearts of the Assamese public with her song 'Sunor Kharu Nelage', a rendition on unconditional love, but her blossoming career was cut short due to chronic motor neurosis that forced her to be on a wheelchair. The medical treatment in Ireland and Kolkata too proved futile. In 1969, Dr. Hazarika penned ‘Shitore Shemeka Raati’ as an ode to an “eternal song of a now voiceless, mesmerising singer that heralds in many a morning”.

In 1976, the singer got married to noted fine arts artiste and Lalit Kala Akademi member Neel Pawan Baruah, son of renowned Assamese writer Binanda Chandra Barua. What makes their story unique is the sacrifice and devotion attached to their commitment to one another, which began more than 40 years ago. Their relationship was often likened to that of English poets Robert Browning and Elizabeth Barrett Browning, who had become a recluse because of an impairing illness. Neel Pawan Baruah first spotted her at his relative's neighbourhood. Despite her affliction, Baruah fell in love with her and married her.

Like a true partner, Baruah took care of his spouse like a mother tending to her child. Throughout their marriage, he regularly bathed her, watched over her, fed her and never let her go out of his sight. He once said that his devotion towards his wife is part of his artistic endeavour.

"I first spotted her at her sister's house and instantly fell in love with her. In 1976, we got married. My father never opposed my decision as he could understand what love is being a poet himself. We never craved for anything materialistic, but only wanted peace and understanding," said Baruah.

"Love is God and there can be no substitute for it. Love is sacrifice and marriage is about maintaining the atmosphere of love in the house," Dipali Barthakur once said through murmurs, when she was asked about love.

For her outstanding contributions to the field of arts, Dipali Barthakur was honoured with the Padma Shri award in 1998. The Silipi Bota conferred on her by the state government in 2010, and the Aideu Handique Silpi Award in 2012, are among the various accolades she received. 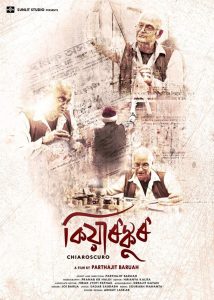 ‘Moi Bhagora Nai’ - the beautiful theme song of the documentary film ‘Chiaroscuro’ was released at the Gauhati Artists' Guild on December 19, 2018. Composed and sung by popular singer Joi Barua and thematically penned by Sagar Saurabh, 'Chiaroscuro', directed by noted filmmaker and author Parthajit Baruah, depicts the extraordinary journey of Mukut Chandra Bhuyan of Nagaon, who graduated in editing from Film and Television Institute of India (FTII), Pune, in 1963. He was a 3rd batch alumni of FTII, which was established in 1960. His batch mates include filmmakers like Adoor Gopalakrishnan, Mani Kaul, Subhash Ghai, Ashrani among others. Interestingly, Ritwik Ghatak was the institute’s vice principal then. But as fate would have it, he ended up as newspaper distributor and vendor, and is running his newspaper agency since 1965. Parthajit Baruah, who is known for his uncanny ability to bring to life real stories and issues, has unearthed a man from virtual obscurity, discovering a human being of extraordinary stature, with many different facets. 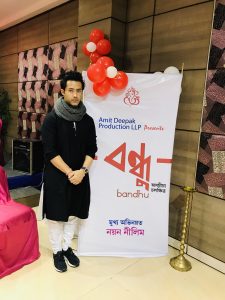 A new Assamese film will start production in the early part of New Year. The film starring popular actor Nayan Nilim in the main role is titled ‘Bandhu’. Made under the banner of Amit Dipak Production, the film, produced by Amit Jain, was formally launched in a function held on December 12 in Guwahati’s Hotel Nandan. Though the full cast and credits are yet to be announced, the film will feature a number of new faces. So far, actor Jayanta Bhagawati has confirmed his participation in the film.

As informed by Nayan Nilim, the story has enough ingredients to spark the imagination of the young audience, and at the same time, challenge them to think. “The script has the ability to attract and satisfy both the urban and the rural audience,” he said. The film explores the theme of emotion, love, joy, friendship, loneliness among friends. Nilim is making a comeback to films after a gap of several years. The function, compered by cine-journalist Anupam Hazarika and actress Nisha Kashyap, was attended by Jayanta Bhagawati, Siddhartha Mukherjee, director M Maniram, NEDFi’s Manoj Das, producer Amit Jain, Diganta Gogoi among others.

‘Bulbul Can Sing’ Heads to Berlin 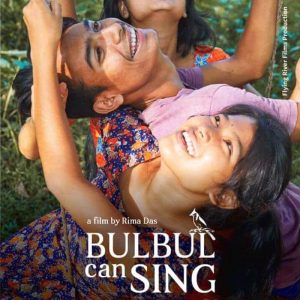 ‘‘‘Bulbul Can Sing’ is selected for Berlinale. After the film premiered in Toronto, I didn't think we would get an invitation from Berlin because top festivals like Cannes, Berlin, Toronto and Venice usually ask for a world premiere. They accept other films only in case of an exception! So it's a huge achievement,” Rima said in a statement.

“After getting immense love and appreciation from people for ‘Village Rockstars’, it was very challenging for me to come out with a new film which would meet people's expectation. But seeing the extraordinary journey of Bulbul..., I feel more hopeful now,” she added. ‘Village Rockstars’ was the official entry from India to the Oscars. It didn't make it to the shortlist.