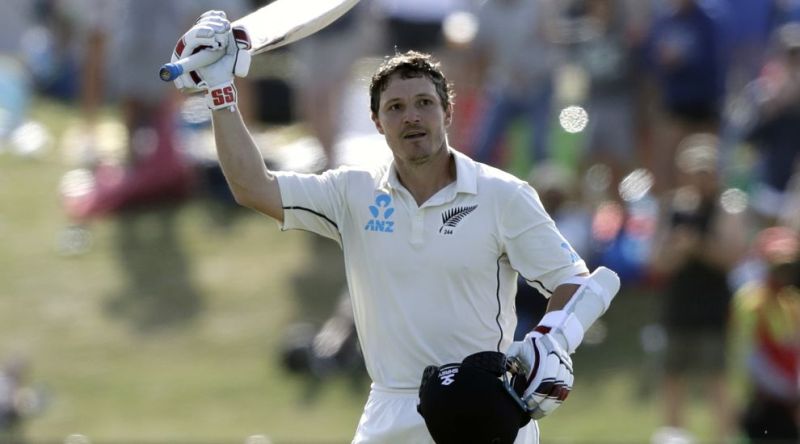 Mount Maunganui: New Zealand made a terrific fightback in the ongoing first Test against England after wicketkeeper-batsman BJ Watling scored an unbeaten century to help the hosts take a 41-run lead on Saturday.

At Stumps on Day 3, New Zealand was 394/6 with Watling and Mitchell Santner batting on 119 and 31 respectively at the Bay Oval.

Resuming the day at 144/4, overnight batsmen Henry Nicholls and Watling made a cautious start. However, Nicholls’ resistance could not last very long as he could another 12 runs before he was trapped in front by England skipper Joe Root on his individual score of 41.

All-rounder Colin de Grandhomme, who came in next, curbed his natural instinct brilliantly and showed great maturity to stitch together a crucial 119-run partnership with the wicketkeeper. Watling proved his worth yet again and notched up his eighth Test ton of the career to push England in a troublesome situation.

However, just when New Zealand seemed to take the game away, all-rounder Ben Stokes removed de Grandhomme for 65. Santner then joined Watling and made sure the hosts didn’t lose any further wickets till the end of the day’s play.

The third day is supposed to be the moving day of the Test match and New Zealand made sure they had it their way as they added 250 runs for the loss of just two wickets. On the fourth day, the Black Caps would want to make sure they keep the visitors on the field as long as possible.