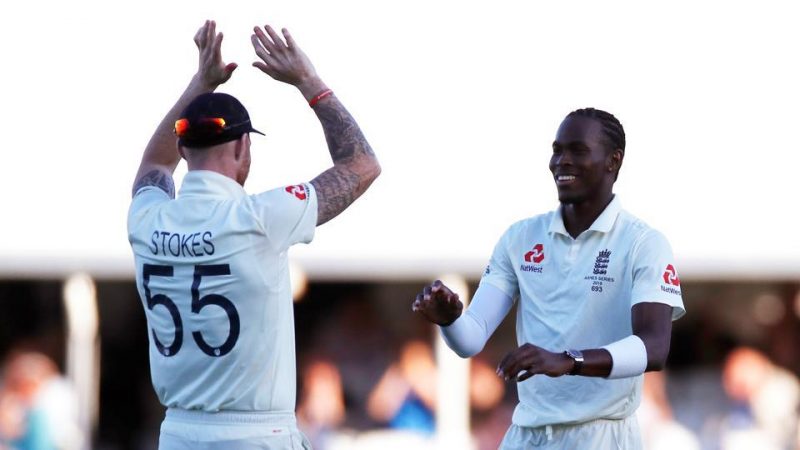 London: England vice-captain Ben Stokes believes young speedster Jofra Archer can help them regain the Ashes when they travel to Australia next in 2021-22. Jofra Archer, playing in his debut Test series, picked up 22 wickets in the recently-concluded five-match rubber which ended in a 2-2 draw.

The 24-year-old, who came to limelight after playing an integral role in England’s maiden World Cup win in June-July, unleashed his pace against the mighty Aussies and kept them on their toes throughout the four-Test matches he played in the Ashes.

“I don’t think I’ve seen a more talented bowler in my time. It’s great to have him on your team. No doubt he is the sort of guy who can help get those Ashes back when we go down under (in 2021-22),” The Guardian quoted Ben Stokes as saying.

“He’s got experience in that part of the world from playing in the Big Bash too, so he’ll feel comfortable going there and performing.” IANS

Also Read: Steve Smith keen to get a few weeks off after Ashes show