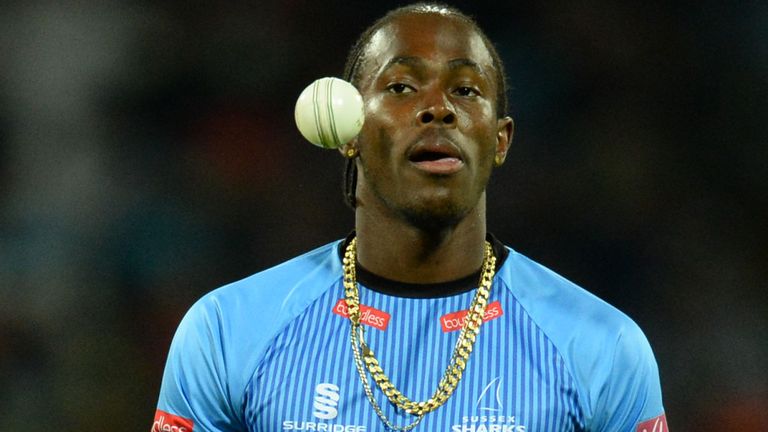 London: England pacer Jofra Archer sent a warning to Australia that they would be mistaken if they are thinking that they can get a lot of runs out of him. Archer is expected to make his Test debut in the second Ashes Test at Lord’s after England’s strike pacer James Anderson was ruled out of the rest of the series after the first match.

“Well, I’ve played a lot more red-ball (overall) than I have white-ball,” said Archer. “I do think it’s my preferred format anyway. The red ball isn’t really shown on TV so a lot of people won’t know. Looking at the scorecard, it doesn’t really tell the full story of how a game panned out anyway. It was actually the first format I played in when I started at Sussex.”

While Archer grabbed the attention of the larger global cricketing audience with his exploits in the Indian Premier League before storming into the international cricket scene with his stellar performance in England’s successful 2019 World Cup campaign, he has 131 wickets in 28 First-Class matches and scored over 1000 runs in the longer formats. In a Second Eleven Championship game for Sussex that was played in the days after the first Ashes Test in Birmingham, Archer scored a hundred and recorded figures of 6/27.

“Yeah I was (feeling good),” said Archer. “It was good to get a chance to bat in the middle. Playing in the World Cup for the last six or seven weeks and getting six or 10 balls max, if you’re not mentally strong you can actually think that’s who you are. I was glad to get in the middle and hit a few and get some wickets as well. I think I ended up going past the number of overs they told me to bowl in the game so I think it was a good practice.”

Archer, however, said that his performance in the World Cup should not lead to unreasonable expectations. “What I would say is don’t expect any miracles, firstly! Hopefully, I’m gonna make my debut sooner rather than later and I’ll come in and do what I can. I can’t work miracles – I’ll try to, but I don’t think that’s how it might pan out. I’ll try my best and I can only give my best,” he said. The second Ashes Test starts on Wednesday. IANS