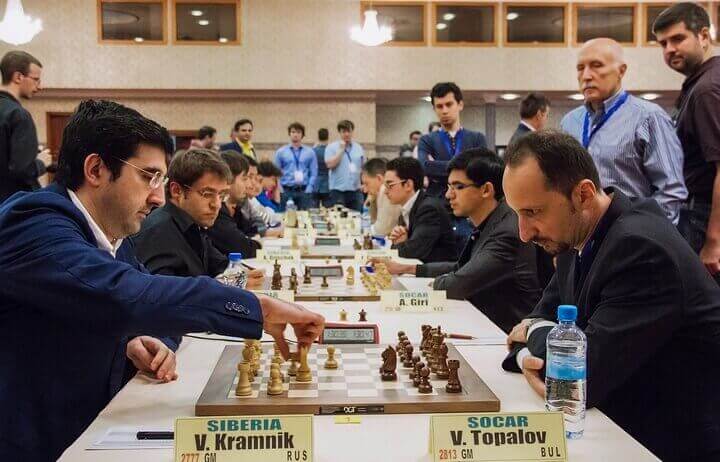 “The players for the camp were selected based on their age (12-16) and also their Elo rating so that there is no mismatch,” said S. Kailasanathan, Managing Director, Microsense Group that is sponsoring the coaching camp.

Interestingly, Kailasanathan was the Tamil Nadu chess champion in 1972 and has also played for West Bengal and Delhi during his younger days.

Class 12th student P.Iniyan, who will be attending the camp, said: “I am feeling very thrilled. Perhaps this is the first time a former World Chess Champion is coaching Indian players.”

“The idea of training the young talented Indian kids came during a conversation with Frederic Friedel, my good friend from ChessBase,” said Kramnik.

“I am now retired from chess and don’t play competitively anymore. But it means a lot to me if I can share my knowledge with the most promising juniors who can achieve something big in the future,” the former World Champion said.

“We will be touching upon all the aspects of the game, including opening, middlegame and the endgame. I will give my insights on how I prepare psychologically and professionally for chess tournaments,” he said.

“I will also be sharing secrets which only top players are aware of because of their experience of playing chess at the highest level. I will also prepare some specific lectures for the camp and allow the kids to play with each other and then later analyse these games in detail,” Vladimir Borisovih  Kramnik added.

Prior to the camp, he said he will go through the games of the participants in detail so that the camp turns out to be effective.

For Kailasanathan, he would like to see Indian chess players in the World top 10 and a world champion in the open and women’s categories. IANS