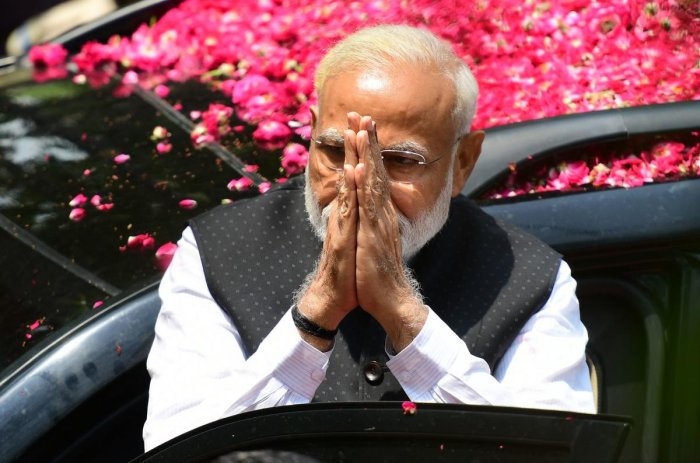 NEW DELHI: A total of 2,772 gift items received by Prime Minister Narendra Modi will be put under the hammer from September 14 and the proceeds from the auction will be used in Namami Gange Project.

The Culture Minister Prahlad Patel said on Wednesday that these gift items received by Modi over last six months will be put under e-auction at a dedicated portal www.pmmementos.gov.in to keep transparency.

The auction will end on October 3 after getting kick started on September 14. Some of the gifts are as low as of Rs 200 and while the most valuable gift is priced at Rs 2.5 lakh. The auction will take place based on these prices set.

From idols of Lord Hanuman and Lord Ganesha to as much as 576 shawls will be auctioned. A whopping 964 angavastram, 88 pagris that he was presented at various official events can now be procured. National Gallery of Modern Art in New Delhi has held a display of these items.

This is not the first time Modi has offered his gifts for auction. In January this year 1,900 such gifts were also put up for auction. A statue of Gautam Buddha, which had a base price of Rs 4,000 fetched Rs 7 lakh back in January. (IANS)