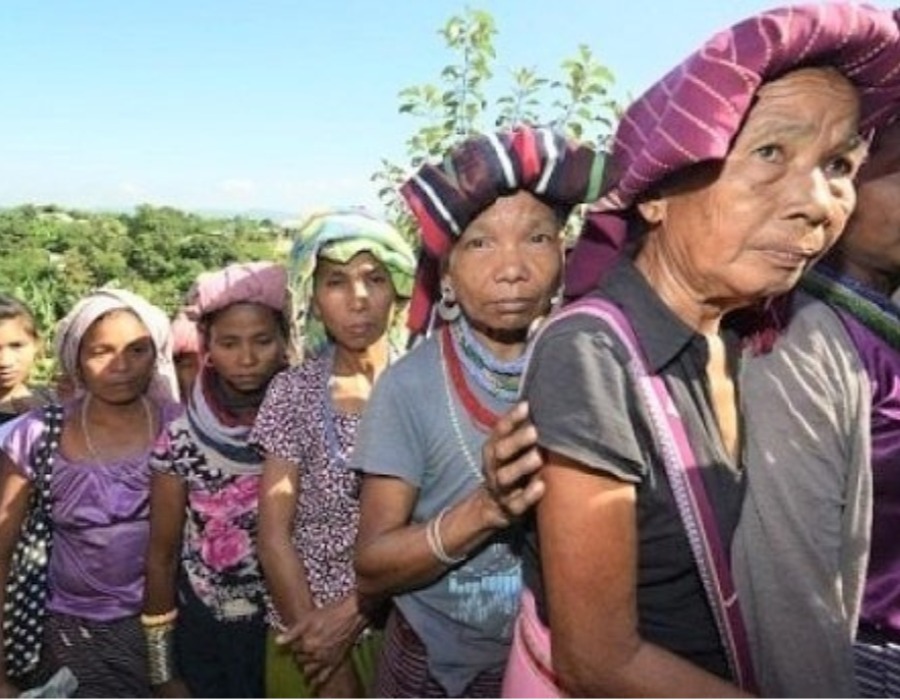 NEW DELHI: The 22-year-old crisis involving Reang (Bru) refugees ended on Thursday with New Delhi signing an agreement with Government of Tripura and Mizoram to settle more than 30,000 refugees in Tripura. The Central government has also approved a financial package of Rs 600 crore for this purpose. The refugees belong to 5,300 families of the community in Tripura where they migrated in 1997 from Mizoram following a tribal unrest.

The Bru tribals would now be included in Tripura’s voter list as per the agreement. The Centre has announced a package of Rs 600 crore for the settlement of the tribes in Tripura. Of the package, Rs 150 lakh will be given to Tripura government for the land acquisition and the rest of the money will be spent for the welfare of the tribe.

Welcoming the decision, Mizoram Chief Minister Zoramthanga said that this is a welcome and historic agreement.

“With this agreement, the Bru crisis has been resolved and at the same time there will be no political tussle between Mizoram and Tripura governments,” said Zoramthanga.

The Reang refugees were earlier living in Mizoram and the Chittagong Hill Tracts in Bangladesh. In 1997, they took shelter in Tripura following a communal tension.

“We have decided to settle the Reang refugees in our State. They were deprived of their basic rights and other amenities… they were living in subhuman condition in the refugee camps, but now with the bold decision taken by Home Minister Amit Shah and Prime Minister Narendra Modi they will be settled in Tripura,” said Tripura Chief Minister Biplab Kumar Deb.

IANS adds: Shah said that Mizoram and Tripura governments will work towards the development of Bru families.

The Minister declared that an amount of Rs 1.5 lakh will be provided to each family of the Bru refugees to help them in constructing their own houses and that the amount will be disbursed under Pradhan Mantri Gramin Awaas Yojana (PMAY).

According to an agreement between Mizoram and Tripura government in 2018, the Bru tribals had to settle in Mizoram, but only 327 family went in two years as nobody was interested to go to Mizoram.

The Brus inhabit an area spread across parts of Mizoram, Tripura and the Chittagong Hill Tracts in Bangladesh. In 1997, the Bru National Union passed a resolution demanding an autonomous district council, which was opposed by the government and the Young Mizos Association (Mizo Zirlai Pawl or MZP).

Hardline elements within the autonomy movement then launched an armed struggle. In 1997, Bru National Liberation Front allegedly killed a Mizo forest guard. The killing was followed by ethnic riots, forcing over 30,000 Bru villagers to flee Mizoram and seek shelter in Tripura, where they have been staying since then.

According to a relief package announced six months after Bru migrants arrived in Tripura in 1997, 600 gm of rice is provided daily to every adult living in the camps and 300 gm to minors. The package also has provisions for a cash dole of Rs 5 per adult per day and Rs 2.5 for every minor.

In October 2019, the supply of ration was stopped on the instructions of the Home Ministry in a bid to hastily complete the repatriation of refugees to Mizoram. Civil society outfits had alleged that at least six refugees died due to starvation. At least seven repatriation attempts have failed in the past 22 years.

AASU: Our main aim is abrogation of the Citizenship Amendment Act
Centre extends tenure for a month of high-level committee on implementation of Clause 6