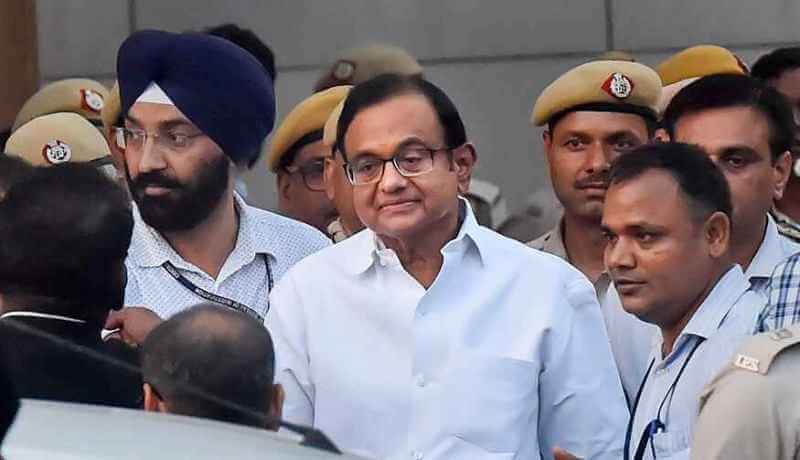 Special Judge Ajay Kumar Kuhar announced the order after reserving it for some time following the custodial hearing.

The court also said that Chidambaram’s family members and his counsel would be at liberty to meet him at a time feasible to both sides.

Appearing for the CBI, Solicitor General Tushar Mehta sought custody of the senior Congress leader as he was brought to the Rouse Avenue court under heavy security from the CBI headquarters where he had taken after his arrest on Wednesday night.

The prosecution said the investigation has revealed that a payment of $5 million US was made by INX Media case co-accused Indrani Mukherjea. But interestingly, Chidambaram denied being asked this question by CBI.

The prosecution argued that when he was shown the said document, Chidambaram remained silent and evasive, and stressed on the need to confront him further with more documents.

Citing the Delhi High Court order that denied Chidambaram anticipatory bail and called him “kingpin”, Mehta also gave the case diary to the court for perusal to make a strong case for getting Chidambaram’s custody. He even cited several Supreme Court judgments during the course of his argument.

Senior Congress leader and lawyer Kapil Sibal, appearing for Chidambaram, said that the accused in the current case is Chidambaram’s son Karti Chidambaram who has been granted regular bail by the Delhi High Court. He insisted that the investigation is complete as a draft charge sheet has been framed.

Sibal, on question of Chidambaram’s “evasiveness”, told the court that the former Finance Minister insisted on sleeping last night rather than being interrogated and was open to it since 8 am on Thursday. He also complained to the court that it was the CBI which started the questioning at 11 am and asked only Chidambaram 12 questions.

He also argued that the Foreign Investment Promotion Board consists of six Central goverment Secretaries, who recommended the file to then Finance Minister. He also raised a question mark on the credibility of the documents produced by CBI.

Opposing CBI’s custody demand, Sibal, citing the Santosh judgment, argues that bail is the norm, not an exception.

Senior Congress leader and counsel Abhishek Manu Singhvi argued Chidambaram was just an “approver” while the decision was taken by the six members of the FIPB. He also raised questions on the delay over summoning Chidambaram after Indrani Mukherjea’s statement. (IANS)