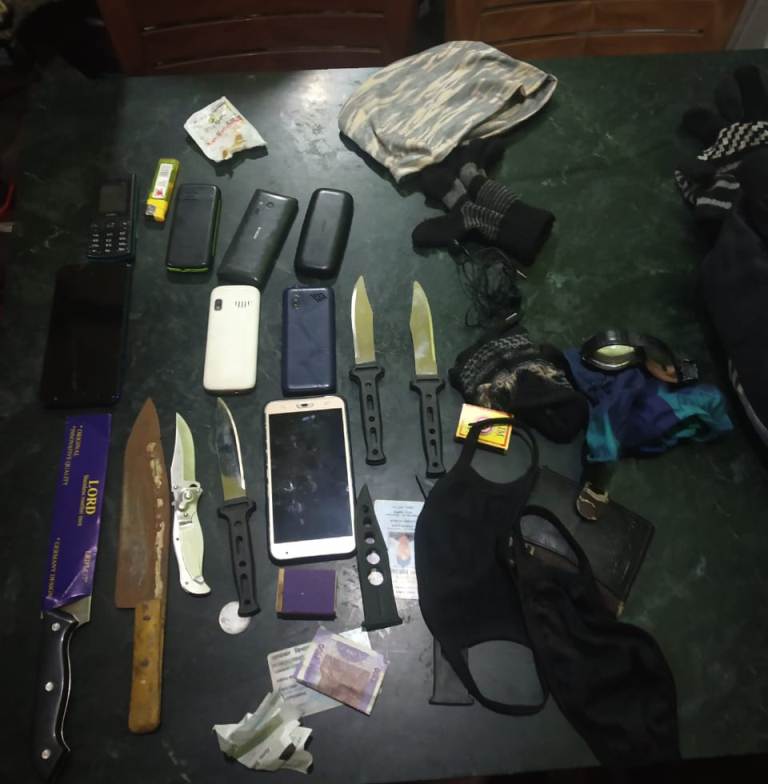 Guwahati: Based on secret information nine armed Dacoits preparing to commit Dacoity in Guwahati West District have been caught in Ambush planned by Crime Branch Guwahati in a joint operation with East District under Basista PS jurisdiction have been arrested.

The Crime Branch also recovered 6 nos of Daggers, 3 nos of masks, 9 nos of mobiles and 06 nos of Monkey Caps from their possession.

Further interrogation and process of legal action are in progress.

Also Watch Protesters, who walked all the way from Tinsukia-Guwahati to protest against CAA 2019, Detained!