The official poster of the movie 'Aamis' featuring an artwork was done by artist and film-maker Rukshana Tabassum.

It may be mentioned that the film ‘Aamis’ revolves around the relationship between a married woman in her late 30s and a young college student.

Earlier, speaking to The Sentinel Digital, Director, Bhaskar Hazarika had informed that the team of 'Aamis' were looking for a prestigious platform for the world premiere of the film. “In Assam, we shall go for a theatrical release by July 2019,” Hazarika said.

The film had also won the ‘Facebook Award’ at the 12th NFDC Film Bazaar in Goa. 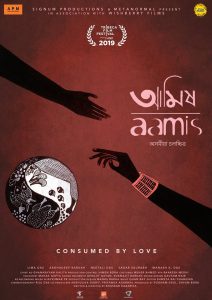