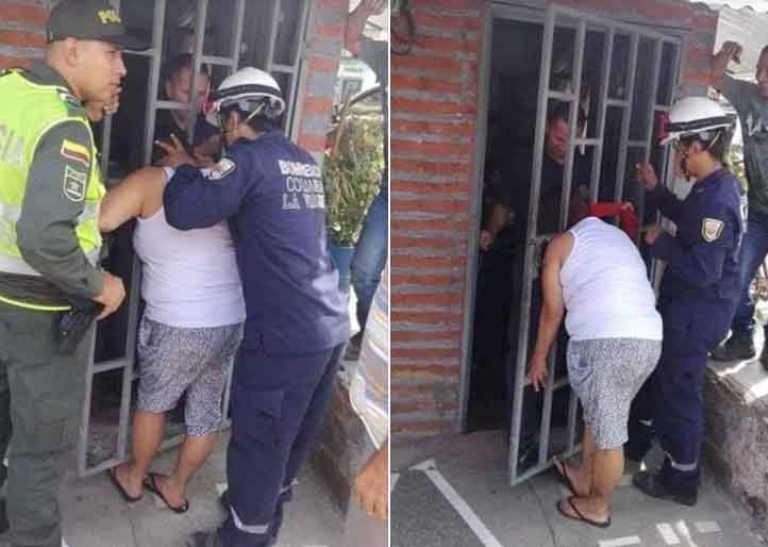 La Virginia: It’s better to mind your own business as it might lead someone to fall in trouble some way or the other, in a kind of hilarious incident, a nosey woman’s head got stuck into her neighbor’s metal gate and couldn’t get out for at least 5 hours after she allegedly tried to spy on him.

The incident reportedly took place in the city of La Virginia in Colombia where the lady was trying to eavesdrop on her neighbor next door and find something to gossip about with her friends, but, unfortunately, the lady decided to push her head through the metal bars of the gate and got trapped, she was unable to free herself from the gate.

Later, the firefighters had to be called in to free her from the gate, interestingly; the neighbor also tried his best to get the lady out of the embarrassing situation. It took around 5 hours for the firefighter’s team to pull her back from the metal bars.

Soon after the photos of the lady found their way in social media, people immediately made it go viral.

It is definitely advisable that one should mind their own business as nosey people around him/her might want to know more about them in order to compare their progress to them.

Also Read: Woman buys a pack of lettuce and to her surprise, finds a live frog inside it

US President Donald Trump Plays Down the Fear of US Recession
Woman buys a pack of lettuce and to her surprise, finds a live frog inside it