Home » INTERNATIONAL » Hong Kong Braces for Another Weekend of Protests 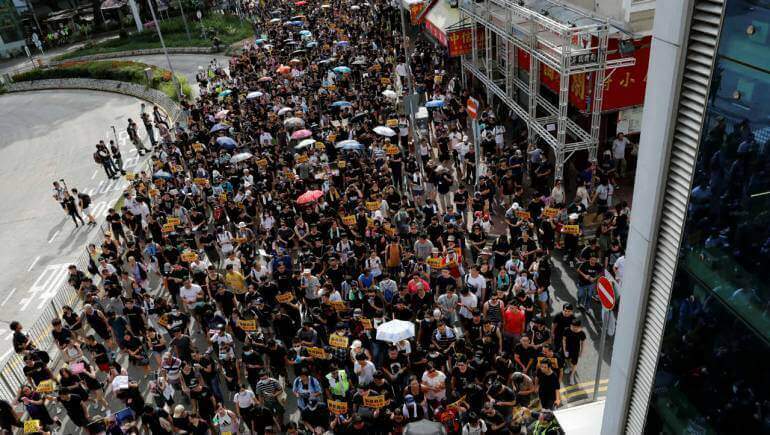 Hong Kong: Hong Kong was on Saturday bracing for yet another weekend of protests, with the city’s international airport set to be a hub for the demonstrations for a third time in two months.

As activists planned to besiege the aviation hub, railway operator the MTR Corporation announced trains on the Airport Express rail link would only ply from the Hong Kong station to the airport – bypassing Kowloon and Tsing Yi stations, while skipping AsiaWorld Expo – from Saturday morning onwards, reports the South China Morning Post. The pre-emptive measures came as protesters made plans to ditch their trademark black T-shirts and gear to better blend in with travellers, and forge boarding passes to get into the airport. Hong Kong police and the Airport Authority warned against such acts by the anti-government protesters, saying any deliberate obstruction or attempts to use fake boarding passes could have legal consequences. Anyone found using fake tickets could be charged with forgery and face up to 14 years in prison. On Sunday, another demonstration will be held in Chater Garden, then marching to the US. (IANS)