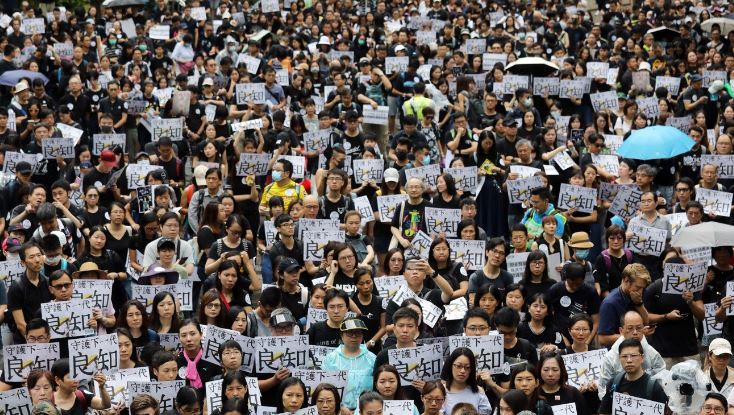 Hong Kong: Thousands of teachers took to the streets of Hong Kong on Saturday despite heavy rain in a show of solidarity with young protesters, as the city braces for the 11th weekend of demonstrations sparked by the now-shelved extradition bill.

The HK Professional Teachers’ Union, organizer of the event themed “Safeguard the next generation, let our conscience speak”, held a rally at Chater Garden in Central before a march to Government House, the residence of Chief Executive Carrie Lam, the South China Morning Post reported.

The march was among three demonstrations planned on Saturday that have been approved by police. Saturday’s rally comes after thousands of students on Friday night gathered at Chater Garden to call for the US and Britain to help the city fight for democracy. The HK Professional Teachers’ Union said officials had failed to respond to the five demands of protesters over the last two months, including the full withdrawal of the bill, as well as the appointment of a judge-led independent inquiry into police use of force on protesters. (IANS)