A land such as ours is perhaps an entity that is not just difficult to understand, but well neigh impossible. Let us first look at a word which applies to all of this land mass we so lovingly call ‘India’. The word is ‘variety’... Variety would describe the very essence that this land embodies; its identity would fail to find a better word to describe the throbbing, pulsating, dynamic nature of a country which throughout time has been testimony to all the great upheavals witnessed in the sphere of mankind. Such is the identity of this land that it would be difficult to summarise it in words or even thought, for that matter. Let us though, try and formulate a basis on which we can find resonance of a land which all of us, barring few, hold dear and which is a part of all our identities.

Let us begin in the East. The very Eastern most regions of this land mass are the North Eastern states, the seven sisters as they are called, and Sikkim. The strange hand of time has moulded this part of the country with variety which in a story would cajole humour, if nothing else. Seven states of moderate size, each with their own languages and culture. Even in these States, there is no uniformity of language, as several original ethnic languages survive and thrive in each State. Take Assam for example, the State which is considered central to the north-eastern identity. The Assamese would be identified by people speaking not just Assamese, but dialects such as Bodo, Mising, etc. Further, we find people from all groups of the Indian diaspora in cities like Guwahati, where you would be surprised by the number of languages even a Rickshaw puller can answer to. Talk to him in Hindi, Assamese, Bengali, sometimes even English, and you would be surprised with the dexterity that he can conjure in his answers. Most of Assam’s population are multilingual and can converse in most of the languages mentioned. 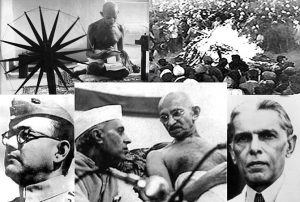 Then we have occasions of celebration in times which usher in Bihu, Holi, Diwali, etc. It would be of secular kudos to understand that we, in the Northeast are truly secular, as the definition of the word finds ample answer in the population of the Northeast. Christmas in Shillong, the capital of Meghalaya, is ushered in with as much fanfare as it is in the West. Id is another festival which finds resonance in the population. The languages of the Northeast are many... Khasi, Garo, Jaintia, spoken in Meghalaya, Manipuri, Naga, the language of the State of Nagaland, Arunachalee in Arunachal Pradesh, Mizo in Mizoram... each of these States has their own cultural festivals which are reflections of the people residing in this part of the country. It is rich in minerals, one of the largest producers of tea, fertile because of rivers like the Brahmaputra and has been as much a part of the larger Indian mainland culture because of stalwarts like the Vaishnav Saint Sri Sankardeva, because of whom a cultural resonance was found with mainland India through his Vaishnavite revolution spanning the Northeast. 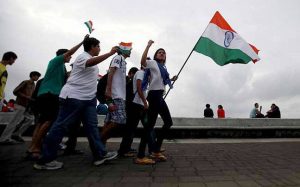 Let us now move a little towards the South-West where we would find the States of Bengal and Orissa. There is a marked similarity in the language of all three States as would strike a person who travels from Assam to Bengal and then to Orissa. Though all three are old Vedic languages with their own history and substantial literature, they have striking similarities. Perhaps in an era much before our times, there had been geographical and cultural union between all these states. Bengali is a language spoken in Bengal and Oriya in Orissa. Known for its culture, especially its identity in the Arts and Sciences, Bengal holds a prime place in the history of Eastern India. A population which has made footprints everywhere, Bengalis can be found in almost all parts of the civilised world. Known for the Jagannath Temple, King Ashoka, Konark and a history which would find central place in the history of this land, Orissa is a State which has to be visited to be felt. Historical records show us that Orissa was perhaps the first democracy in the world, much before Greece.

Bihar is a Western neighbour of the Northeast and was the hub of Buddhist and Hindu philosophical discussions and debate in Universities like Nalanda. It still is a hub of fervent philosophical questioning. We owe a lot to Mithila which gave us the example of a king who went on to plough the land, perhaps the first example of the dignity of labour. He was king Janaka, the foster father of Sita, whom he found in the fertile lands that is symbolic of life. Sita went on to become queen and was the wife of Rama of the first Hindu epic, ‘The Ramayana’. As such, Bihar is a land much revered because of its association with the making of history. Primarily a land of farmers, Bihar is a land where the populace is simple and trusting. The first Universities of the world, examples of which are Nalanda, Pataliputa, etc. had flourished in Bihar at a time when most of the world was mired in darkness and ignorance. 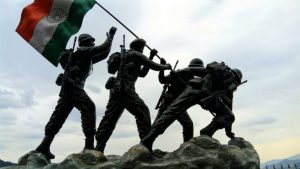 We go further West and we reach Uttar Pradesh and the capital of this country, Delhi. U.P is a land known for its natural splendour and considered the political capital of this land. Delhi, the capital, would rival any city for its size and diversity. From Delhi University, which boasts of both the North and the South campus to Mukherjee Nagar in the vicinity of the North Campus, where most students stay, to Connaught Place which is considered the heart of commercial Delhi. Move west and you have colonies like Janakpuri which rivals the largest colonies of the world in size. Southern Delhi with colonies like Defence Colony, Vasant Kunj, etc. is the posh face of our capital. Industrial satellite towns of Gurgaon and Noida are commercial hubs and the best residential parts.

The states of Rajasthan, Punjab, Maharashtra and Gujarat are the windows to the soul of this country. Birthing stations of religions like Sikhism, highly developed cities and wealth which is the wealthiest part of this land. Punjab is known for its resilience, fertility in agriculture and the food which is a fad all over the world. Gujarat was where our founding father, Mahatma Gandhi was born and is one of the wealthiest States of the country as is Maharashtra, but Maharashtra without the mention of Mumbai, the erstwhile Bombay, would leave the picture of India incomplete. Mumbai is home to that commodity which keeps this country united. Yes, Bollywood, the tinsel town of the land is home to the most loved industry in this land. Bollywood is where movies are made, Indian movies which are seen by Indians all over the world. Movies like Sholay, Mera Naam joker, Maine Pyaar Kiya...the list is endless for Bolywood makes a movie every season, every month of the year, on every possible subject. But one thing we have to credit Bollywood with is that it has unified the country like none other element has done, save cricket. Yes, did I mention that cricket is God in this country? India is a land where cricketers are worshipped and cricket fever lasts all throughout the year. No wonder we have one of the best teams in the world.

Let us go to Central India now, where we have the States of Madhya Pradesh, Chattisgarh, etc. The central part of this country is the rice bowl where fertility is a synonym. Take Raipur, for e.g., the capital of Chattisgarh, is a modern city with all modern amenities and schools like the Raj Kumar College (RKC) which was formed in 1883. It has history, the Central part of our country and some of the richest and most powerful Indians. If we travel further south, we will be introduced to the Southern states of Karnataka, Kerala, Tamil Nadu...the language spoken here are the oldest in the world. Tamil is the oldest living language in the world, many academicians are of the opinion that Tamil is even older than Sanskrit. There is a marked difference in the way words are spoken in this part of the country. Here, the similarities break down. The south boasts of cities like Chennai and Bangalore which are the technology hubs of our country. Bangalore, once known as a pensioner’s paradise, is an intriguing place marked by marvels that would induce wonder to all and sundry. Whether you take a walk in MG Road, or you visit Koramangla, the city is a beautiful expression of the modern South that has almost outdone the North in every facet. 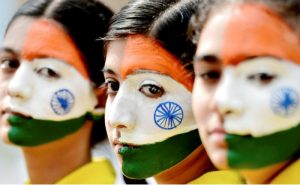 Whew! Now, do we even begin to understand the word we talked about earlier? ‘Variety’ was the word and no other country in the world would come even close to the variety that we see as a living, breathing example in our country, India. Let us take a breath here, let us pause for a while and hold hands to celebrate the fact that we have come so far together. Being from different cultures, languages, topography, we have managed to build a country which we should be proud of. Or, should we? Should we let a rich heritage as ours be compromised by words like ‘corruption’, ‘hatred’, ‘greed’, ‘intolerance’, ‘violence’, etc? I believe we have the choice in our hands of choosing the alternate, ‘love’, ‘selflessness’, ‘tolerance’, ‘peace’ and all the qualities which make us one. A ‘one’ India, an India we could all be proud of, an India we could celebrate.

Also Read: Dear India, That’s My Team and Those Are My Boys: Sunil Chhetri