One word with which I have been very well acquainted since my childhood is ‘Geology’. This is because my father used to work in the Geology and Mining Department and I used to hear about the term geology often. Today, I am trying to write about careers related to Geology. Geology is an earth science comprising of the study of solid earth, the rocks of which it is composed, and the processes by which they change. Geology can also refer generally to the study of the solid features of any celestial body (such as the geology of the Moon or Mars). 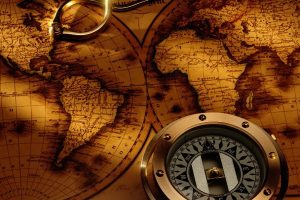 Geology gives insight into the history of the earth by providing the primary evidence for plate tectonics, the evolutionary history of life and past climates. Geology is important for mineral and hydrocarbon exploration and exploitation, evaluating water resources, understanding of natural hazards, the remediation of environmental problems, and for providing insights into past climate change.

A geologist is a scientist who studies the solid and liquid matter that constitutes the earth as well as the processes and history that have shaped it. Geologists usually engage in studying geology. Geologists, studying more of an applied science than a theoretical one, must approach geology using physics, chemistry and biology as well as other sciences. Geologists, compared to scientists engaged in other fields, are generally more exposed to the outdoors than staying in laboratories; although some geologists prefer to perform most of their studies in the lab.

Geologists are engaged in exploration for mining companies in search of metals, oils, and other earth resources. They are also in the forefront of natural hazards and disasters warning and mitigation, studying earthquakes, volcanic activity, tsunamis, weather storms, and the like; their studies are used to warn the general public of the occurrence of these events. Currently, geologists are also engaged in the discussion of climate change, as they study the history and evidence for this Earth process.

There are a number of universities and Institutes offering bachelor, master and doctorate degree in Geology. There are colleges in Assam that offers courses related to Geology. There are different kinds of geologists like Marine Geologist, Petrologist, Mineralogist, Geohydrologist, Hydrologist, Paleontologist, Seismologist, Surveyor, etc. They may get jobs in Geological Survey of India (GSI), Central Ground Water Board (CGWB), Directorate of Geology and Mining (DGM), Indian Bureau of Mines (IBM) , Indian Space Research Organisation (ISRO), Oil and Natural Gas Corporation (ONGC), etc.

There are also private companies mostly related to oil exploration or related to minerals which engages geologist. There are options in India and also abroad for the deserving candidates. The Union Public Service Commission (UPSC) conducts Combined Geo-Scientist and Geologist Examination for recruitment of geologists in various government posts.

Geological Survey of India (GSI): The Geological Survey of India (GSI), established in 1851, started its voyage to investigate for and assess coal and other mineral resources of the country with regional level exploration. In the 160 years since its foundation, GSI has continued to grow and diversify into various geoscientific activities, and delivered impeccable contribution in the arena of geosciences. After independence, GSI’s activities in mineral exploration as well as baseline surveys have increased manifold in order to sustain the momentum of national economic development and to meet the increasing demands of various stakeholders. Over the years, it has not only developed into a huge repository of precious geoscientific data applied in various developmental sectors in the country, but has also attained the status of a geo-scientific organisation of international repute. The principal function of GSI relate to creation and updation of national geoscientific data and mineral resource assessment, air-borne and marine surveys and conducting multifarious geo-technical, geo-environmental and natural hazards studies, glaciology, seismotectonics, etc. and to nurture studies on fundamental research. In all the developmental facets of the country including coal, steel, cement, metals/ minerals and power industries, GSI made neat contribution and remained relevant in the national context. Outcome of work of GSI has immense societal value as well as relevant to global perspective adopting state-of-the-art technologies and using methodologies, which are cutting-edge. Functioning and annual programmes of GSI assumes significance in the national perspective since it is directly related to delivering the public good. With its headquarters at Kolkata, GSI has six regional offices at Lucknow, Jaipur, Nagpur, Hyderabad, Shillong and Kolkata and offices in almost all States of the country. The Geological Survey of India is an attached office to the Ministry of Mines.