Careers in the Defence Forces

The entire country is gearing up for the 73rd Independence Day celebrations. Almost 73 years ago, on August 15, India achieved its independence from colonial rule. Numerous individuals and organizations had worked relentlessly for the cause of the country's independence. Now that the country is free, there is no need for any freedom movement. Students and youngsters might wonder how they can contribute towards the nation. So one of the best viable options in this regard is a career in the defence forces. A career in the defence forces is satisfying and at the same time, gives one a chance to contribute to the welfare of the nation.

The Indian defence force has three wings – Indian Army, Indian Navy and Indian Air Force. The Indian Army is one of the most lucrative career options for our youths as it offers a host of possibilities, including Professional Advancement, Job Satisfaction, Job Security, Economic Stability, Social Status, Quality of Life, Variety and Adventure, etc. If one enters the forces at the right age, he or she can reach the post of Lieutenant Colonel later on.

The ranks in the Indian Army are as follows:

From my experience, I have seen very few people asking me more about the Indian Navy. Whenever it comes to defence careers, students ask more about the Indian Army and some other paramilitary forces. Our region has no connection with the sea, so we don't get to see naval officers or staff of the Indian Navy around us. This might be a reason why our youths are not much interested about careers in the navy.

Recruitment for Officers is generally advertised through the Employment News and all important national and regional newspapers/dailies. Selection for Permanent Commission through 10 + 2 NDA / Indian Naval Academy cadet entry and CDSE (Graduate) entry is through a written examination conducted by the UPSC, followed by an interview conducted by the Service Selection Board (SSB). For all other Permanent Commission entries and Short Service Commission entries, there is no written examination. These applications are short listed as per the criteria laid down by the Naval Headquarters, Directorate of Manpower Planning & Recruitment. Selection is through merit alone. 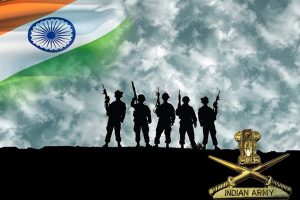 The Indian Navy, as one of the three wings of the Indian Armed Forces, has kept pace with the latest advancements in technologies, and operates and maintains highly sophisticated ships, submarines and aircrafts. The propulsion machinery, weapons, sensors and equipment on board these weapon platforms are operated and maintained by sailors, who are imparted with requisite training at various intervals during their service.

The best way to join the Indian Air Force is as an officer. An officer is a member of an armed force or uniformed service who holds a position of authority. To be able to lead and control, requires the ability to motivate oneself, inspire others and make tough decisions efficiently. Indian Air Forces teaches lessons in team work, developing communication skills and confidence, honing strategic and dynamic thinking and prepares you to face pressures with ease. These skills are grilled into an officer during his training.

There are many other entry levels in the forces like soldiers, sailors, airmen, etc. Defence forces provide ample opportunities for young people who dare to do thrilling tasks. As we celebrate Independence Day, students should also start planning about joining the defence forces as a viable career option. We should not limit our dreams to becoming just soldiers but aspire to become officers. Assam has produced many valiant Lt General, Major General, Air Marshal and Commodore in the Indian Navy, which should definitely be a source for inspiration.

Students or job aspirants may browse the official website of the Indian Army, Indian Navy and Indian Air Force for all job updates and other opportunities. Do not listen to any person who promises to give jobs as most of them are frauds on the lookout to cheat people. For updates regarding jobs, always look at newspaper and official websites.

(Ranjan K Baruah is a social activist and career mentor who has conducted career awareness programme in different parts of Assam and Northeast India and can be reached at bkranjan@gmail.com or 8473943734 for any career related queries.)