At the Christmas spirit grips, one and all and Guwahatians get ready to welcome the New Year by celebrating the last festival of the year, this time we would like to acquaint our readers with a new bakery that holds a lot of promise in the days to come. We are talking about Frieza's – a bakery and confectionary which is located at Hatigaon Chariali of the city.

The Hatigaon area had long been relegated to the fringes of Guwahati but over the past year or so, a number of new restaurants have opened up in the area. Freza is the latest kid in the block. Launched on November 30th this year, this place has slowly and steadily built up a clientele of its own. 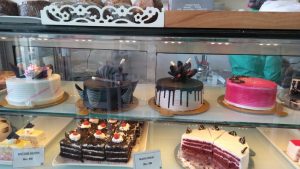 Freza, as the name suggests, is the brainchild of Alfreza Rahman, a home-grown cook who has a passion for cooking and baking since childhood. Born to Late Nasima Ahmed and Abu Fazil of Golaghar, Mrs Alfreza Rahman nurtured her love for baking and over the time, decided to start her own confectionary. The result is Freza's. Located near Little Flower School, the plan is spread across 500 square feet but makes up with captivating interiors and designs.

Talking about the concept behind opening her bakery, Alfreza says, "I have always loved cooking and baking. I used to bake mostly for my family members and relatives and they have long been asking me to open an outlet of my own. Freza was born out of that love for baking. Since I am a home-grown chef, it is my motto to serve items that are mouthwatering and at the same time, highly delicious and healthy." 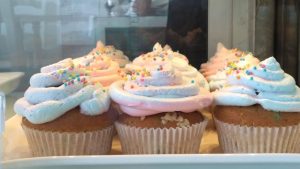 Talking about the aspects which make Freza unique from all other bakeries in the city, Alfreza says that the products used are of genuinely good quality and freshly brought from the market. She added that fresh brown bread (without being artistically caramelized) was also available in the store.

The interiors are elegant and although a bit rich for the eyes, they do have an artistic touch to them. "The interiors have been designed by myself and my sister-in-law Wahida Ahmed, who is an artist herself. We have tried our best to lend a cozy and artistic ambience to the entire place," says Alfreza.

Some of the bestsellers in the bakery includes Cheesecakes, Truffles, Cupcakes with Butter Scotch Fillings, Cupcakes with choco-fillings, Fruit cupcakes with strawberry fillings, New York cheese cakes, Atta cakes, Atta muffins and Chicken croissants with a wide range of other varieties of Bakery and Confectionery food items. "Besides the healthy food, FREZA'S has an unique ambience to connect people with the Bakery and Confectionary," says Alfreza. 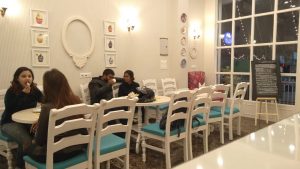 The place has met with a very encouraging footfall within a very short plan of time, says Alfreza. Although the confectionary is still not on food portals and online delivery sites, the owner does plan to introduce them soon to the café.

With Christmas around the corner, most Guwahatians are always on the lookout for different varieties of cakes to gift their loves and near and dear ones. Alfreza has also prepared her outlet for the Christmas season and they have already started selling their signature plum cakes. "Most of the items are prepared according to the recipes provided by our consultancy. However, we also sell my own signature bakes which I have learnt and baked over the years."

While Freza's already provides for a new quality confectionary in an off-shoot location of the town, we come down to the next important thing that a foodie always looks out for i.e. the pricing. And as Alfreza says, most of the food items are very reasonably priced. "A slice of Cheese cake will cost you below Rs 100 and we feel that most of our items are also very reasonably priced," she says.

So if you are near the Hatigaon area and looking for a new confectionary in town this Christmas, you might very well think about giving a visit to Freza's!