The “Me too” movement has taken the media by storm with skeletons falling out from many dusty closets, especially those of the celebrities. While some are genuine, some are just a means to hog the limelight in a feeble attempt to flicker in the transient world of stardom. Tanushree Dutta has blazed the trail by igniting the hornest’s nest and the secrets are tumbling out thick and fast. Apart from MJ Akbar, Suhel Seth, Bollywood biggies like Nana Patekar, Alok Nath, Sajid Khan and Anu Malik, the list seems to go on and on. While they are caught red faced, many more unknown names are perhaps scurrying to save face by taking desperate measures to ensure that their name do not feature in the black list of infamy. 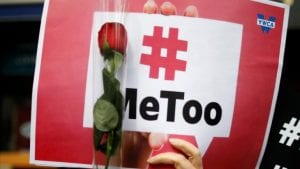 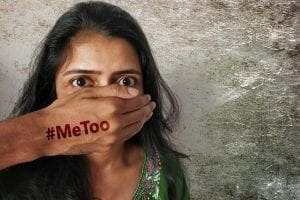 India being a patriarchy has been notorious for persecuting its “weaker sex” since times immemorial. Right from Radha and the gopis of Vrindavan harassed by Krishna’s pranks,Sita, snubbed by her own husband, the Maryada Purushottam Rama and kept captive by the lord of Lanka, Ravana, Draupadi lusted after by the Kauravas and used as a pawn by the Pandavas.... albeit it was another woman Kunti, the mother of the Pandavas who offered Draupadi to her five sons to be shared equally as a commodity. Was Draupadi ever asked if she was willing to be the wife of the five brothers? Similarly,Jodha Bai, the Princess of Jodhpur, too was offered to Akbar in marriage for completely political

reasons. Our history has a long list of ‘me too’ incidences.

And the scenario is worsening by the minute, with female foeticide a cause of concern. Infant baby girls are also not being spared from being raped and molested by monsters masquerading as humans.

Of the Indian States, Haryana tops the list with the highest rate of female foeticide instances, with just 877 women per 1,000 men. With the worst case of gender imbalance, the State is also known for bride trafficking, a form of modern slavery where the victim trafficked from other parts of the country is brought and sold against their will for the purpose of marriage. These forced brides cry in unison, “Me too!” They scream as their voices are muffled by the patriarchal hands of discrimination. 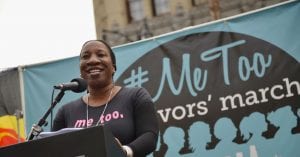 Since childhood, the girl child is at the mercy of the male roving eye. She is at risk from her relatives, neighbours and in worst cases, even their own fathers and brothers.When she goes to school, she runs the risk of being mishandled by her teachers, incollege by her male friends or boyfriends, in offices by her colleagues, at home by her husband. When should she feel secured and protected?Perhaps never.

Thankfully, the “Me Too” movement has shown the mirror to those so-called respectable figures and yanked the masks off their ugly faces exposing their warped mentality for the world to see. It has also come as a wake-up call for women all over the world to be more cautious around the men whom they hold in high esteem, for he might be a monster under the guise of a well-wisher.

Certain images come back to me as I read and discuss about the experiences of growing up among my friends. Way back in school we had a teacher who would ask a few of my friends to stay back after class, he would then hold their hands and talk about things with her.I used to have a natural dislike for him and now I realise he must have been a sexualpredator too. While travelling in city buses I have experienced unnecessary shoving andstaring too. As a result of which I had stopped travelling on those buses and preferred to walk home instead. Till date I feel claustrophobic on the crowded streets of Fancy market....

Yes, we all have faced it sometime or the other in our lives. We prefer to forget such incidents and relegate those experiences in the far corners of our minds. Thankfully, women have a sixth sense about such people and we maintain a safe distance from such people instinctively. But infants and small children are more at risk of becoming victims of such crimes. Mothers need to educate the girl child about the good and bad touch from a very early age. Children both boys and girls should be made aware of the situations that that they need to avoid and keep away from. Sex education should begin at home and continued in school, it should be in the school curriculum and be a continuous process.

Mental health should be a priority in homes and schools. The WHO suggests that nearly half of the world’s population are affected by mental illness with an impact on their self-esteem, relationships and ability to function in everyday life. Parents should provide a healthy environment for the child to grow up into a good human being. Let us all attempt to eradicate ‘Me too’ from our children’s lives by equipping them with all the tools to fight off any predator trying to prey on their innocence.

The ‘Me Too” stories that are slowly streaming out are sadly of capable, educated and empowered women and it does cast a shadow of gloom over all that if such women had to go through such experiences and took years to bring it expose the perpetrators, imagine the millions of women who still are being persecuted as we speak and are helpless or trapped or scared to come out with their stories.....

Nonetheless, we salute Tarana Burke, the women who founded and first coined the term and launched the me too movement in 2006 exploding it into the global consciousness. Women have been living under the shadows of oppression too long, they have suffered in silence for too long it is time they made their voices heard and protected their dignity and dismantled the systems of oppression.