According to the Lancet Global Health report, Assam is one of the high-burden states for male and female stroke deaths[1]

Guwahati: City Cardiologists are concerned about the high incident rate of heart diseases. According to the doctors, 40-50% citizens of Guwahati are living with high levels of bad cholesterol, which is directly associated with causing heart diseases such as heart failure and attack. Despite having high bad cholesterol levels, people often deliberately and carelessly ignore it. Along with medicines like statins that are available to effectively lower the levels of bad cholesterol, leading a healthy lifestyle and regular exercise is paramount to keep the cholesterol levels in check. Furthermore, heart attack among younger men and women is more prevalent these days. 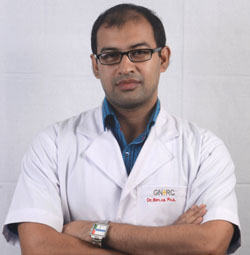 Dr. Biplab Paul, Consultant, Cardiology, GNRC Hospital, Dispur, said "We generally picture a heart attack victim as a 60-years old person, holding his/her chest in pain. But heart diseases are now striking younger men & women in their 30s and 40s due to sedentary lifestyle, lack of exercise, consumption of oily & junk food. High bad cholesterol levels are making city residents vulnerable to heart attack, heart failure and other problems caused by clogged blood vessels. It is imperative for people with high cholesterol levels to follow a healthy lifestyle, which includes healthy eating and exercise on regular basis. Also, there are medicines available to treat high cholesterol levels such as Statins, which are extremely effective to lower the blood cholesterol in patients suffering from heart diseases." The normal range of cholesterol in adults is less than 200 mg/DL, between 200 mg/DL to 240 mg/DL is borderline high and if bad cholesterol levels are above 240 mg/DL, then the person has twice the risk of developing a heart disease. According to the Lancet report 2016, 54.5 million Indians are affected by heart diseases and 28% of total deaths in India are caused by heart ailments. The cardiac disease burden has increased about 15% in the state in recent years. 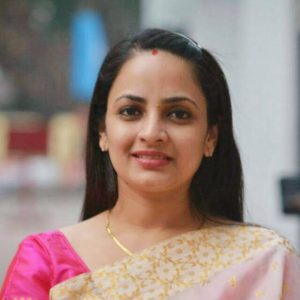 According to Dr. Nilakshi Deka Das, Consultant in Endocrinology, Apollo Hospital and the Dispur Polyclinic and Nursing Home, "The incidence and prevalence of cardiovascular diseases among male and female have been steadily rising in the city. High cholesterol levels have also been linked to diabetes. Most of the patients who has diabetes, also prone to develop heart disease. People with diabetes tend to have high levels of bad cholesterol (LDL) and triglycerides, also low levels of good cholesterol HDL. Statins are the effective line of treatment for patients with high cholesterol. Statins are proven to be highly effective in managing cholesterol levels and associated with reduced rate of mortality in heart patients." Cardiovascular diseases (CVDs) are the major cause of deaths in India and high levels of cholesterol is the key reason behind the high rates of CVD, suggest a 2018 WHO report. The world organization has set the goal to reduce non-communicable diseases like heart attack and failure by 25% by 2025 and educating citizens about the ill-effects of high cholesterol is the key to improve their quality of life.