IMPORTANCE OF NAVARATRI PUJA IN VAASTU

There are nine forms of Goddess Durga which are associated with the nine planets. So to appease these nine planets, these forms of Goddess Durga are worshipped in the month of Aswin for nine days starting from the first day of the ascending moon.This Navaratri puja also signifies the submission to the various forms of women power which are prevalent since the creation of the universe.

The Goddess Durga moves on the lion and she has eight different weapons on her eight hands. So she is known as ashtabhuja. She symbolises the divine forces or Shakti to combat the evil and negative forces.She provides safeguard to her devotees from all evils. 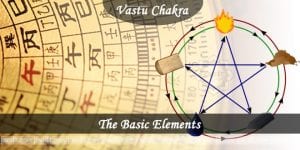 According to VaastuShastra, worshipping Goddess Durga’s nine forms during Navaratri pleases the nine planets. As a result, Vaastu defects of the different directions ruled by the nine planets are rectified.

The nine forms of Goddess Durga are Shilaputri, Brahmahcarini, Chandraghanta, Kushmanda, Skandamata, Katyayini, Kaalratri, Mahagauri and Sidhhantri. She is also known as Gauri and Parvati. On the eighth or ninth day of Navaratri, Kanya or Kumari Puja is done by worshipping a young girl who is yet to attain puberty.

The Northeast is the best direction to perform the Navaratri puja. The ceremonial Kalash (Earthen pot) is placed here with a coconut and mango leaves on top. However, puja can be done facing different directions ruled by the specific form of Goddess Durga on that day. Separate colours of clothes are recommended on these days while offering puja.

A lot of people have a notion that the West is not an auspicious direction. In fact, all directions can be double-edged i.e. all directions have one good side and also a bad side. It depends how we make or mar it through proper or improper use of VaastuShaastra.

Ans: The bedroom is not the right place to keep the TV. But if you must do so, keep it covered when not in use. DO NOT place it at the Northeast. Keep it on the South-Eeastern wall. You may also place it on the North-Western wall.