‘I do not want to die in this beautiful world, want to live amongst mankind,’ so wished Rabindranath Tagore. Is death just bodily ‘absence of presence’, or there is more to it? Why we dread the word ‘death’? Why we consciously wish to avoid even to utter it, albeit we know for sure that every human being is born with a death sentence, only with varying periods of reprieve? A compulsive longing for physical immortality is ingrained in the human mind from time immemorial. Bhishma, the grand old man of Mahabharata had the power to decide the time of his death. Yajati exchanged his old age with his son Puru and enjoyed worldly youthful pleasures for one thousand years before deciding to die. The Devas and Asuras churned the sea to produce ‘Amrita’ (elixir) to become immortal. Jesus Christ resurrected after death. 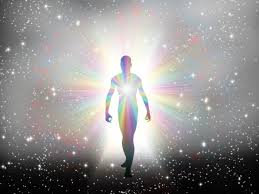 Many futurologists predict immortality can be a possibility. The allure of eternal life or the desire to live a long life, got embedded into the human mind from the time civilized man started contemplating the finitude of human life and created immortality paradoxes, like : ‘Staying alive’ and remain youthful infinitely; ‘Resurrection’, the belief of physically rising again into the same body after death; ‘Soul’, the philosophy of surviving as some kind of spiritual entity eternally and taking re-birth and ‘Legacy’ of indirect extension of life into the future through glory, reputation, historical impact or through off springs Many scientists are working on reversing ageing and reprogramming genes to prevent disease. Futurologists like Ray Kurzwail and Terry Grossman are convinced that given the right circumstances man will be able to re-live infinitely in future in a reconstructed body. This is likely to be possible by continuously revitalizing or repairing our bodies through medical science and uploading personalities into the digital media and reloading those back. Although nobody knows what really happens after death, these unproven ideas bring some solace to the human minds in their constant struggle of survival. 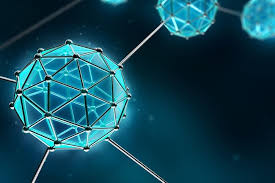 Worldwide, scientists and technocrats are busy in research to create nano-robots, ‘nanobot’ or nanomedibots (as in medical science). What is nano? One Nanometer (nm), is equal to one billionth of a standard meter, in metric system. A single human hair is about 80000 nm wide in atomic scale, unimaginably small. One has to use a very powerful microscope, like an atomic force microscope, to see it. We smell things in nano-scale. Nano particles used in many formulations helps to deliver drugs to targeted tissues in the body. The theoretical concept of nanotechnology in atomic precision was first envisioned by the renowned physicist Richard Feynman in 1959. Gradually technology started building simple structures on molecular scale. Today, nano-machines are already in use.

The next generation nanobots are expected to be able to sense and adapt to various environmental stimuli like, heat, light, sound, odor etc; perform complex calculations; communicate; move; repair and do a horde of other activities. It is predicted that nanobots will be able to emulate certain functions of biological entities including replicating themselves. Imagine, a patient diagnosed as having malignant cells is treated by a few programmed nanomedibots that travel through the body to destroy killer cancerous cells or, nanomedibots going inside the heart of a patient to cure the ailment without invasive surgery or, a person severely injuring his leg in an accident gets the damaged tissues and bones repaired by nanobots and avoids a possible amputation. Experts believe that full realization of nanotechnology will eliminate biological disease and ageing and lead to profound extension of health and longevity. Futurologist Ian Pearson believes that by the year 2050 downloading the ‘mind’ into a machine will be possible 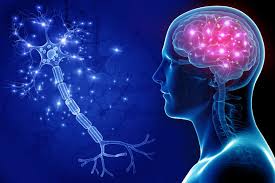 Due to unprecedented advancement of medical science; increased consciousness for health, fitness and hygiene; average longevity is already increasing rapidly throughout the world. Demographic ageing is very much a reality today. In the developed world more than one fifth of the population is already above the age of seventy years. Medical science believes that if a person is genetically healthy and not terminally ill, longevity Immortality up to about 120 years is a possibility, any day. Generally speaking, larger animals live longer than smaller ones. Life span of a common mouse is about two years whereas bowhead whales live for over two hundred years. The life of the oldest living tree is estimated to be about 5,000 years. Incidentally, land dwellers live lesser than the creatures living in sea, underwater or underground. Effect of UV in sunlight has a strong bearing on life span. Michael Rose has been able to breed fruit-flies to live four times longer than their regular counterparts. Cloning of animals is a reality today. 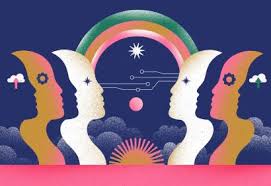 Even an ardent optimist would probably never seriously consider that death can be optional. But science is slowly taking us there. George Bernard Shaw opined, ‘Science has never solved a problem without creating ten more!’ The probability of immortality or very prolonged life will throw open a whole lot of intriguing questions. Are we psychologically, emotionally and spiritually equipped to handle such a paradigm shift from the basic fact of culmination life, that is death? How this only known habitable planet in our solar system with limited resources, handle economic, social, living space and similar issues if men do not die to make space for the next generations? Will it not create social strife and tension?

Possibility of uploading a ‘personality’ into a machine can be dangerous since personality is dynamic. What is the guarantee that one would remain the same person after unloading and re-loading the ‘personality’? If a man lives to be immortal, he would surely ‘die’ of boredom of life! Emily Dickison rightly felt, “That it will never come again is what makes life so sweet.” But for now, let’s keep our fingers crossed!

Also Read: A Meeting With Death