Regression Therapy: All That is Unlived, And All That Comes Back

A few years back, following a road traffic accident, I for the first time came my closest ever to death. It was my first exposure to the fear of death too. Day in and day out, I would keep thinking how it would feel to die, and how everything would be left behind, how would my body feel at the event of death and what would an out-of-the-body experience feel like. I would try to alleviate the situation by drawing logic from the universal truth that every single person has to die, and that the certainty of death is the only thing one lives with, however much they may want to drive it to obscurity.

But the fear just wouldn’t leave. I would call my parents every single evening and tell them how I cannot sleep at night worrying what would I do if a debilitating disease invades, what would happen if I step out and a vehicle runs over me, what if the body has to go through all kinds of suffering at the hospital bed, before finally resigning to death. 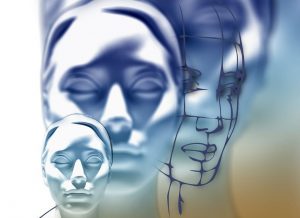 Months over months, that would be my line of thought. I observed, that more than the event of death, what I was afraid of was the fear of dying. And everytime, I would devise ways to run away from it: read something spiritual, call up a friend and talk about work, call in a date and cook the loveliest dinner, binge-watch random sitcoms for hours, etc, etc. Nothing helped. It was only in a book that I found my answer. It said, “God is not the heart of religious inquiry. The heart of all religious inquiry is death. It is because death exists, hence God does. And anything that is left unlived, be it a feeling or a life, will come back to live itself.”

But what does one mean by ‘unlived’? In one of my previous articles I had mentioned about how the after effects of trauma persist even after the trauma is over. And why does that happen. Because, in our physical body the event of the trauma is still not over. There is a need, by way of a process to make the body realize that the trauma is over. And hence the person no longer has to be under threat and keep experiencing symptoms of Post Traumatic Stress Disorder (PTSD).

What one essentially needs to realize that the event of the trauma is lived, processed, passed through and complete. And that’s what we call a full-living. A full-living is validated by the existence of a full stop. That full stop in this case is the realization that the trauma is over. In case of life, the same full stop is death. But then we don’t want to die. And hence we run away from it. And because we keep running away from it, we don’t live ‘what we are supposed to live’ as full. Feelings, patterns, emotions, even karma keep returning back to us, because we don’t allow ourselves to live through every event of life fully. In other words, we do not complete things.

When I was struggling through my own fear of death and dying, I was perhaps doing the same. I was trying to remove it, evade it, alleviate it. One of the commonest ways of rationalization that we all employ - we tell ourselves how far death is on the way of life. And by doing that we also prepare ourselves for the incompleteness of life. So much so that when death comes to put a full stop to life and complete itself, we are unable to face it and unwilling to complete it.

It’s the same with emotions too. With my fear, I was actually doing the same. I was not living it, moving through it, and completing it. And hence it kept coming back to me. When I read the book and realized that it was an unlived part of me, that I must live and complete, I finally had the awareness that I must now face it and live through it. But I was still unaware of the process through which I must do it.

It was only when I went ahead and learned Regression Therapy that I understood that, that is the only single tool through which I could accomplish the full living of my fear. As we know, in Regression Therapy we go back in time to the point of origin of all our issues. And through regression, I could go back in time to the origin of my fear and live it fully. I realized that once I went through it, and lived it fully, I did not have to keep evading it and hence keep inviting it again and again into my life. Its purpose and lesson was complete. And that’s what I call as the full living of my fear.

Many a times, when clients come to me and work on a certain issue, after a session or two, they feel that just because the symptoms have vanished, they mustn’t any longer continue working with it. However, the issue internally hasn’t been resolved, or in other words hasn’t completed its own living. Therefore, it inevitably returns and I find the same clients coming to me after two to three months again with the same issue. Some other times, clients do call me over phone and tell me that they seek an appointment. On the day of the appointment they don’t turn up because apparently the issue seems to be resolved.

Very much like me, they must have found a way to evade and alleviate their suffering by way of distraction. But then I find them calling me up again after a month or so and the same problem has seemed to resurface. What I am trying to say here is, we have to complete what we feel and what go through. Anything and everything that is incomplete will find its own way to come back into our lives and complete itself.

(Dr. Gaurav Deka is a Delhi based medical doctor and psychotherapist. His work is based mostly on the transpersonal model of the mind which includes ideas and processes like Past Life Regression, Inner Child Integration and Holistic Healing. He can be reached at gauravdeka.89@gmail.com)