Reverberation of a Beautiful Poem in My Train Journey

Robert Louis Stevenson’s, “From a Railway Carriage”, a master piece of rhythmic verse, conveying the poet’s idyllic experience of a railway journey, is undoubtedly one of my favorite poems I have ever read. Though I read the poem in my early school days, I, despite my frail memory, can recite it in one breath. Still now whenever I undergo a train journey and manage to occupy a seat by the window, my mind, in whatever mood it may be, spontaneously skips with joy to recite “Faster than fairies, faster than witches/Bridges and houses, hedges and ditches, ……………”. The rhythm of the poem, without fail, echoes the rhythm of the train whizzing past with the clattering of wheels and the hissing of the engine. Very few poems can claim to be so powerful in both rhythm and imagery.

A few weeks ago I had to make a train journey from Bishnupur, my home town, to Asansol by a local train that departs from Bishnupur station at 5:10 a.m. My sister and her only sweet daughter Bristi were with me. After spending the summer vacation, they were going with me to their house at Rupnarayanpur, a 40-minute bus journey from Asansol. Though I am generally reluctant to carry my smart phone with me because of its uncomfortable size and weight, this time I decided to captivate almost my entire train journey in my mobile video camera to savor the taste of my favorite poem with picturesque landscape in reality. Fortunately, the landscapes dispersed on the both sides of this rail-route have striking resemblance in the imaged/pen-pictures described in the poem composed by R L Stevenson. 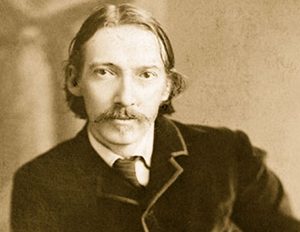 Needless to say, I could not find any trouble to manage our seat by the window in a four-seated bench without cushion in an almost empty carriage. The train whistled and started moving. I, from inside the railway carriage, held my mobile phone with the video camera on to entrap the outside landscape receding by ‘as thick as driving rain’. Unlike the constant and regular rhythm of the poem’s lines in consistence with the rhythmic movement of the train, the sights screened through the window bars of the train were constantly changing. My little niece also assisted me whenever I got tired of holding the heavy mobile set for long. Though it was about a 3-hour train journey, we could captivate the moving landscape for about one and a half hour. I was so engrossed with the task that it was perhaps the first time in my train journey by the window of the carriage, I forgot to recite the poem myself.

Next day after returning to my home town Bishnupur, I opened my smart phone to watch the video. I was overwhelmed with ecstatic joy when, to my utter surprise, I could equate the fleeting images and the panting rhythm of the running train captivated in my mobile phone with those of the poem quite accurately.

A little after the golden sun rising with its first splendor, the visibility became clear enough. The train was charging all through the meadows with cattle grazing in the pastures and the peasants working in the fields. A few bullock carts with loads of the sheaves of paddy straws were lurching on the village roads. The camera caught hold of the beautiful monolithic Joychandi Pahar (hill) and other hillocks neighboring it.

The first-moving array of images captivated in the camera included wild date palms bearing bunches of yellow and maroon seed-dominated fruits, women trudging towards the market with the huge baskets loaded with vegetables balancing on their heads dexterously, the fields sparsely covered with hedges and bushes, huts in the hamlets, cowboys tending herds of cattle, the chimneys of the factories and the brick kilns puffing off smokes and so on. The video entrapped a little boy clambering and scrambling the date trees to give a shake to bunches with a small stick only for a little girl waiting under the tree to gather the insipid fruits. The train whistled by the painted stations. The platforms were sparsely crowded with passengers. The train crossed over the river Damodar, once called the “Sorrow of Bengal”. The emaciated river that had itself been in a sorry state after being hindered by a number of barrages looked like a silver belt gliding by at its own sweet will under the bridge. The soft golden light of the first sun created a splendid sight of a sky as the ripples glittering like twinkling stars. It is for the first time the sound of the train changed slightly.

However, the entire train journey excluding a few indecent sights in the distant fields infringing our PM’s Swachch Bharat Abhiyan, entrapped in my mobile set is undoubtedly a treasure trove to me. As I have a little opportunity to travel by train, the video of the journey will enable me to savor the taste of it. Above all, from now on I can recite the favorite lines of my favorite poem “From a Railway Carriage” composed by my favorite poet R L Stevenson, sitting in my drawing room with the video of the train journey on in my smart phone only to extol my childhood love of a poem.