Right to Die with Dignity

Every human being has the fundamental right to live life with dignity, and, if death is the ultimate culmination of life then every human being also has the equal right to die in a dignified manner. But, everybody hates to hear the dreaded word ‘death’, and nobody wishes to bid final goodbye to life. But unfortunately we are born into this world with a permanent death sentence from the day we are born, only with varying periods of respite. But we all tend to treat the ultimate truth of life with awe and hate to accept it. We try to keep the thought in abeyance resorting to an ‘ostrich approach’. Rabindranath Tagore also said: ‘I don’t want to die in this beautiful world, I wish to live amongst mankind’.

But what if a person gets diagnosed with a terminal illness without an iota of possibility of further life or goes to a vegetative state and/or is brain-dead, just kept ‘technically’ alive with artificial supports? Does a person has the right to forego all the sufferings and those of the family members by choosing to die with dignity? That is the essence of the historic ruling of a five member division bench led by the Honorable Chief Justice of Supreme Court of India, recently which inter-alia states that a person can write and get registered a “Living Will” and issue ‘Advance Medical Directives’ to be free from ‘Medico-Technological Abuse’ when a person may not be in senses to express such a desire. Essentially this is called Euthanasia or the right to die with dignity, popularly known as Mercy Killing. 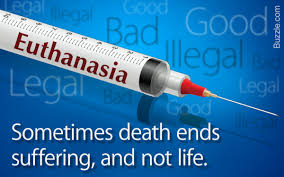 Euthanasia is a Greek word meaning ‘good death’. There are different Euthanasia laws in different countries with the fundamental definition, “A deliberate intervention undertaken with the express intention of ending life, to relieve intractable suffering”. The word Euthanasia was first used in a medical context in the 17th century by Francis Bacon. Although the practice and debate about Euthanasia started long ago, the contemporary debate rolled on only in 1870. During the ancient Greek civilization a poison ‘Hemlock’ was employed as a means of hastening death which was supported by the great Greek philosophers, Plato and Socrates. Ironically, Socrates himself later became a victim of ‘hemlock’ poisoning. Incidentally their contemporary philosopher Hippocrates, considered to be the father of medical sciences, never supported it.

Indian mythology is full of stories of self immolation for a noble cause. Rishi Dadhishi happily sacrificed his life so that Lord Indra can create bajra (thunder) with his special bones to fight the asuras. In Mahabharata, the grand old man Bhishma had the boon to decide the moment of his death. Sati, the wife of Lord Shiva immolated herself because of the insults hurled by her father Dahsharaj about Lord Shiva publicly which later created turmoil in the universe. “Iccha Mrityu” (dying at one’s own will) was also prevalent among the sages during olden India. Sages used to take on to Samadhi to end mortal existence. In the Jain faith there is a practice called “Santhara” or “Sallekhana” wherein a person can decide to end his life by stopping eating and drinking, and it’s not considered suicidal, hence legal. But even with all the mythology, history and modern day enlightened thinking, most religions and religious leaders do not subscribe to the practice of euthanasia. Many religious leaders even do not support contraception or legal abortion as a way to control population explosion! Rising against the religious dogmas, Minoo Masani, a sociologist and political thinker raised the flag of euthanasia in India some four decades ago by founding an outfit called, ‘The Society for the Right to Die with Dignity’ in 1981. The silent movement and gradual awareness among the concerned citizens led to the culmination of the Honorable Supreme Court’s historic judgment on ‘passive’ euthanasia. This ruling will be recognized as a valid law of the land as per Clause No. 142 of the Indian Constitution. However, much more liberal and stringent laws pertaining to Euthanasia are in vogue in many other countries.

Euthanasia is divided into two broad groups: Passive (voluntary) and Active (non-voluntary). The Supreme Court’s judgment pertains to the Passive form only that too with stringent conditions like an ‘Advance Medical Directives’ or the ‘Living Will’ must be registered in front of a magistrate, the will maker has to nominate a person who would consent to the execution of the will, a qualified team of medical experts will decide whether or not to implement the will and the team will have no right to apply invasive ways to accelerate the end, they can only decide on continuance or not of Ventilators or similar life saving devices. In fact it’s a soft law and cumbersome to exercise, unlike that of the Netherlands where doctors are allowed to carry out non-voluntary active euthanasia. In our country with many unscrupulous ways misuse of the law had to be protected against. 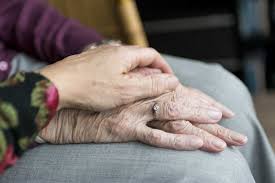 Albeit there is nothing much to be excited about the Honorable SC verdict, at least the first step has been taken and that’s highly welcome. These days when we can virtually decide the date of birth of our child by caesarian section, then why not the other end can be pre-decided? Instead of considering ‘death’ as our enemy if we can make friendship with it, the living can indeed be comforting. Even with insurmountable wisdom of human civilization, we are yet to know why we are here, why we go away and where? ‘Human life is like a book whose first and last chapters are missing.’ So, why worry about something we can never have an answer for?