Right to Live with Dignity

Technically homo-sapiens or the human race is a part of the larger animal world, subdivided into mammals, reptiles, lizards, etc. It is amazing that 96% of what is found in our bodies are also there inside mammals like pigs and horses. Our DNA is 97.50% and 98.40% identical to that of a gorilla or a chimpanzee, respectively. The only thing that makes us different from all other animals is our brainpower which gives us the unique ability to think, articulate and plan ahead. Animals other than humans cannot think, they can only react to a situation, through their biologically wired brains controlled by genetic repetitive behavior. Hence, fully functional limbs, a torso or physical prowess doesn’t really differentiate us from other animals; it’s the unique human brain. So a physically disabled person with a fully developed functional brain is logically a complete individual, like any other physically ‘healthy’ person. 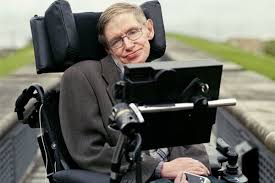 The glaring case in point is the life and work of Stephen Hawking, considered to be the greatest theoretical physicist after Sir Isaac Newton and an able torch bearer of Elbert Einstein in space sciences. Hawking who died recently was diagnosed with deadly motor-neuron, a nervous system disorder, at a young age of only 22. Doctors predicted that he would live for only another two years. But defying all predictions he lived up to a ripe age of 76 to revolutionize our concept on black-holes and the universe. This inimitable scientist was wheel-chair bound practically throughout his life with hardly any organ working properly except the brain. Finally, he lost his voice too and had to communicate through a synthesizer. With such a severe disorder, most lesser mortals would get lost into oblivion. But, Hawking proved that if the brain was active, one can live a useful life with full dignity and glory. Now, was he not a complete human being? But unfortunately, many among us look down upon physically disabled persons or pity them. The physically handicapped persons do not look for pity but genuine understanding and a life of dignity like any one of us.

Only recently I learnt about another deadly systemic disorder, Duchene Muscular Dystrophy or DMD in short, a genetic muscular disorder, when I happened to meet the Tamulys, Bharat and Jyotikana of Biswanath Chariali. I found them to be a very lively couple. But that was in the exterior only, underneath lied a sad but brave couple who lost their only child, Ripunjoy, to the curse of DMD at a tender age of 17 years. Most of us are not aware or have not heard about DMD. After learning that their 18 months old doting child was afflicted with the fatal disorder and slowly going down the path of sure death, both of them rose to the occasion bravely to ensure that their wheel-chair bound son lived, whatever life he was left with in a dignified way. They took adequate care in his studies, all the needs of a young boy of his age. His playful activities were taken care of in commensuration with his physical disabilities. Ripunjoy, with his focused sharp brains, responded bravely and positively by passing school leaving exams with flying colors and joining college, though unfortunately couldn’t complete. In March 2007, the brave young boy bade final adieu fighting with death till the end. There are about ten different kinds of muscular dystrophies or disorders, Duchene Muscular Dystrophy being the deadliest. Unfortunately this dreadful disorder does not have any cure till date. It’s non-contagious. Caused by absence of protein dystrophin, required to maintain integrity of muscles, it weakens the muscles over time progressively degenerating those in the body and finally the heart. It slowly but surely paralyzes the patient and leads to culmination in death before reaching adulthood. Incidentally, this purely genetic disorder afflicts only the male child and remains latent in female. The mother is the carrier of the unwarranted gene, passes onto her children where the male is affected and the female becomes the carrier, both with 50-50 chance. But it is not necessary that every other issue given birth by the carrier mother of an already afflicted child would have the same complications. With pre-natal diagnosis the afflicted pregnancy can be terminated if the mother’s family history is known. DNA test can be conducted to find if the baby inside the mother’s womb is affected or not. 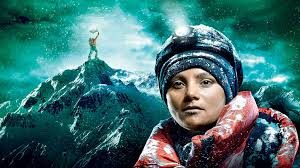 With these two extreme examples of systemic disorders, motor neuron and DMD, leading to incurable disability, the idea is to drive the point home that actively functional brains can do wonders notwithstanding the physical impediments, however severe those are, if provided with right opportunities and a congenial environ. Myriad surprises may spring-up unexpectedly. Mental deficiencies like, stupidity, selfishness, idiosyncrasy etc. common in most physically fit human beings, are more baneful than physical impediments. Physical disabilities may be afflicted by many ways, like, genetic disorders, disease, birth-related (blindness, deafness, polio etc.), accident, old age, etc. In all the cases, a thus rendered disabled person with active brains has the full right to live in a society with dignity and equal opportunities. Society must ensure and encourage them to lead life at par with anybody else and never be subjected to pity. Arunima Sinha, whose legs had to be imputed because she was thrown out of a moving train by robbers, scaled the Mount Everest and seven other highest peaks of the Himalayas with artificial limbs. With right and positive attitude anybody can do anything. Mental disability is in our heads. It must be killed before it kills you. It’s time to change our mindset towards our physically disabled brethren to prove that we are civilized human beings in true sense of the word.