Space Debris: A New Threat in the Horizon

George Bernard Shaw once opined, “Science never solves a problem without creating ten more”. Looking at the unprecedented advancements in science and technology in creating many tools, appliances and applications for human convenience and comfort but at the same time creation of as many related hazards and perils, one is inclined to subscribe to the opinion. Analogy can be drawn to the boons of technology with Aladdin’s genie: if used properly and judiciously, it can do wonders. But, any irresponsible application can cause serious mishaps leading to havocs.

On March 27, 2019, a precision launch of a Ballistic Missile Defence (BMD) Interceptor of Defence Research and Development Organization (DRDO) shot down the country’s own Low Earth Orbit (LEO) target satellite in an Anti-Satellite (A-SAT) missile test, successfully. Traversing a distance of almost 300 kms, it hit the live satellite within three minutes of its ‘Hit to Kill’ launch. Named “Mission Shakti”, the country has showcased its complex space capability making it the fourth country in the world to demonstrate the use of such a weapon. It indeed was a proud moment for all the Indians. In recent times, India has established itself as a major ‘space-power’ by successful launch of many satellites, including placing a total of 104 satellites in different orbits together in one go. 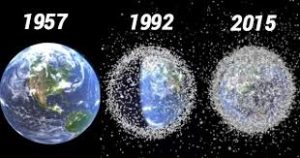 But soon after, USA’s National Aeronautic and Space Administration (NASA) Administrator Jim Bridenstine termed India’s endeavor as a “terrible thing”. As per him the hit created some 400 pieces of orbital space debris which he believes pose a new danger to the astronauts of the International Space Station (ISS), increasing the risk of a collision by 44 percent. As per NASA some 60 pieces of such debris tracked so far in the size of 10 centimeter or larger, 24 pieces of these are flying above the apogee of ISS. He even stated that, ‘this kind of activity is not compatible with the future of human spaceflight’. However, the government of USA has underplayed the episode obviously to be politically and ethically correct. Moreover, the ISS is capable to safely maneuver through the debris in case of such an eventuality. As such, NASA’s observation seems overhyped. 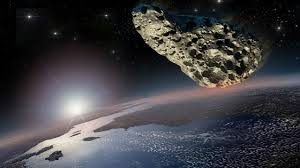 The Ministry of External Affairs categorically clarified that by conducting the A-SAT test, India is not in violation of any international law or treaty. The DRDO Chairman has further clarified that although the test created 69 pieces of orbital debris there is no possibility of these posing any threat to the ISS and the debris should be dissolved within 45 days naturally. As a matter of fact, NASA has no ethical right to make such a strong observation, because in 2016 USA’s Strategic Command tracked a total of 17,852 artificial objects in orbit above the Earth, including 1,419 operational satellites and the creator of major chunk of these obviously was the USA herself. As reported, as of January 2019, there are more than 128 million bits of debris smaller than 1 cm, about 9,00,000 pieces of 1 to 10 cm size and around 34,000 pieces larger than 10 cm or more continuously orbiting around the Earth. Reacting to NASA’s comment, Chairman of Mahindra Group Mr Anand Mahindra’s twitted, “A case of pot calling a kettle black” is worth mentioning.

But all said and done, the fact remains that all the countries of the world who are actively or passively involved in the space race are responsible for creating a new kind of ‘pollution’ or threat in the azure blue sky above known as: orbital debris, space junk, space waste, space thrash, space litter or space garbage. In wild enthusiasm of science and technological race we are now targeting to cause damage to the pristine space as if it was not enough to damage the Earth’s environ, the only known habitable planet in the universe. Albeit, there seems no apparent immediate risk to the mankind on earth, but what the future holds resultant of this mad-race is anybody’s guess.

Till about a few decades ago, the term ‘space debris’ was used to denote natural debris created by celestial bodies like, Asteroids, Meteoroids, Comets etc. Asteroids are a group of celestial bodies, bigger than 10 metre in size mainly existing between planet Mars and Jupiter, orbiting around the sun. At least one asteroid is so large that it’s termed as a dwarf planet. Scientists believe that there could have been a planet which broke down or couldn’t form to become a contiguous body is the origin of the asteroids. Similar to asteroids there are also meteoroids, significantly smaller in size, probably formed due to breaking down of asteroids and comets. A comet is a smaller celestial body mainly composed of ice and dust orbiting the sun in a very longish elliptical route. These natural debris are not real danger to the earth in millions of years except that sometimes smaller pieces enters the earth’s atmosphere and normally get totally burnt. We call them Shooting or Falling Stars. But a giant meteoroid hit is believed to have caused the extinction of dinosaurs.

Most of the manmade space debris are from solid rocket motors, paint flakes, frozen coolants or even items like gloves, pliers, thermal blankets, garbage bags, cameras, tool boxes etc. lost by astronauts during space walks. Despite efforts, many spacecraft collisions have occurred in the past. On an average one tracked object per day has been dropping down for the past fifty years, but much more are still hanging out there and the number is increasing every passing day. There is no international protocol as yet to sweep and clean those debris. The new potential threat in the horizon continues to looms large. Einstein rightly commented, “There is no limit to the universe and human stupidity”.