As a 90s kid, at times I become very nostalgic about many things, especially Bollywood music and movies. That was the era when we were blissfully unaware and Hindi movies meant the world to us. We gobbled up whatever was served to us on that 70 mm screen. The people of the 90s era saw some really unforgettable changes in the Bollywood industry and that began with some wonderful talents coming up and surprising the industry and the audience. One such talent was actress Divya Bharti. She was undoubtedly the most known face of the Bollywood during the time and people remember her as the ‘Saat Samundar’ girl. She stared with quite a number of Hindi films like ‘Vishwatma’, ‘Shola Aur Shabnam’, ‘Dil Aashna Hai’, ‘Deewana’, etc. But her career saw a full stop when she died under mysterious conditions only at the age of 19. However, the sudden demise of the glam diva received a lot of attention. 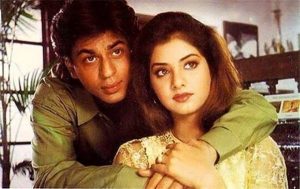 As the nation remembers this versatile, vivacious and beautiful actress on her 26th death anniversary on 5th April, she was regarded as one of the most popular and highest-paid Indian actresses of her time. Divya Bharti was born in Mumbai to Meeta Bharti and Om Prakash Bharti, an insurance officer. She studied at Maneckji Cooper High School in Mumbai till 9th standard before pursuing her career in films. Opting for an acting career at the age of 16, she landed up in a Telugu film called ‘Bobbili Raja’ in 1990 which starred Venkatesh. The movie became a hit and was dubbed in Hindi as ‘Rampur Ka Raja’. Then she starred in Telegu films like ‘Rowdy Alludu’, ‘Assembly Rowdy’, ‘Dharma Kshetram’, etc. that featured superstars Chiranjeevi, Mohan Babu and N. Balakrishna respectively.

While Divya Bharti celebrated her success in Telegu cinema, Bollywood's top directors were eager to sign the Telugu superstar for their upcoming films. In 1992, Bharti debuted with her first Bollywood film ‘Vishwatma’ opposite Sunny Deol, directed by Rajiv Rai. The film was an average grosser in the box office, but it showcased Divya's talents as an actress. She was most notable for the song used in the film ‘Saat Samundar’ which was a hit. 1992 saw more of her Hindi films being released including ‘Dil Ka Kya Kasoor’, ‘Deewana’, ‘Shola Aur Shabnam’, ‘Dil Aashna Hai’, ‘Kshatriya’, ‘Jaan Se Pyaara’, and ‘Geet’. She shared the silver screen with co actors like Govinda, Shah Rukh Khan, Rishi Kapoor, Sunny Deol amidst speculations that she would be the next Sridevi. Critics reported that Bharti belonged to a new breed of Hindi film actors who broke away from character stereotypes. 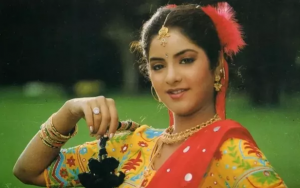 Divya Bharti is not only remembered for her brilliant performances but also for her unbeatable record in Hindi cinema. She appeared in more than 14 Hindi films within a year of her debut in Bollywood, between 1992 and 1993. Some of these films were hits and some flopped but her fan-base started to grow, having received the Filmfare Lux New Face Award in the same year for ‘Deewana’. The ensemble film ‘Kshatriya’ in which she co-starred alongside Sunny Deol, Sanjay Dutt and Raveena Tandon was the last film to be released during Bharti's lifetime in March 1993. Shortly before her death, she had completed filming for ‘Rang’ and ‘Shatranj’ which were released posthumously and achieved moderate success. Although she completed filming her scenes for both films, a dubbing artist was used as she never got the chance to dub for the films. Her incomplete Telugu film ‘Tholi Muddhu’ with Prashanth was partly completed by Rambha, who was used as her body double to complete her remaining scenes and the film released in October 1993. Bharti was more than halfway through the filming of Laadla at the time of her death and the film was re-shot with Sridevi replacing her. She was tragically replaced in several other films she had not completed such as Mohra, Kartavya, Vijaypath and Andolan. Her film-maker husband continues to dedicate all his films in her memory to this day. 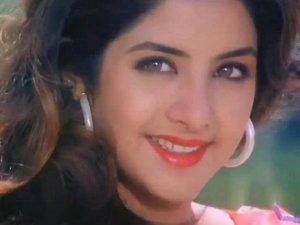 Divya Bharti's personal life was not as well chartered as her tinsel one. She married Bollywood film producer Sajid Nadiadwala in May 1992 in a private ceremony. Her marriage was a hush-hush affair due to family problems and also to safeguard her promising movie career. But on April 5, 1993, she fell to her death off an apartment building in Mumbai tragically ending a potentially successful career. The circumstances behind her death were considered suspicious by the media. However, despite an investigation, police found nothing. To this day her death remains a mystery. Some sources believe it was a planned murder, others say she accidentally fell off while some say she was drunk which caused her to fall. The unexpected death of the mesmerizing beauty shocked the entire nation to leave them shattered and heartbroken. Even her fans were unable to trust this cruel truth, the reason of her death remain still unsolved. Very much like Hollywood superstar Marilyn Monroe, rising star Divya Bharti’s death had all the ingredients of a dark crime thriller. Extremely tragic as both deaths were, they invited wild speculations, only to blur with time. And while Monroe was 36 at the time of her death, Divya Bharti was just 19.