The Question of GOD(DESS)

A man’s life is not much unless we take into account all the relations that he builds and maintains with all the people he meets in this time-frame given to him. The time-frame we call life! Life itself begins not at the time of birth but even before that as the embryo which slowly develops into the full grown baby which finally makes its arrival into this Earthly realm. The first contact of all creatures that make their entry into the Earth is with the ‘mother’. Beginning from before birth when the soul lacks consciousness and memory, it is in the mother’s body that we are given form. Later on, after birth, it is the mother again on whom the baby is dependent on to grow into the man or woman it one day becomes.

Later, much later, the baby learns speech and begins to build relations with others of his/her kind. The reason for showing the very important role that the ‘mother’ or the ‘mother figure’ plays in an infant’s life, especially during the formative years, is because of the very ‘Indian’, Hindu concept of ‘mother’, or ‘Ma’ as she is called by devotees who give a substantial amount of time and devotion to the concept of ‘Ma’. Here, ‘Ma’ is not just your mother, ‘Ma’ goes beyond the blood relation that a mother and her son/daughter have. It would be interesting to note where this context of ‘Ma’ beyond the natural mother given to one takes us. At the outset, we discussed the relations that a man/woman builds in his/her life to give content to an otherwise lonely life. Some of these relations have no name and are not easily deciphered by any human standards. 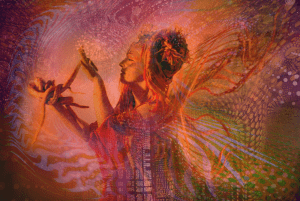 Stalwarts and Gurus of the calibre of Shri Ramakrishna have made this relation famous. He talks of his relation with ‘Ma’ or ‘Kali Ma’ to be more precise, which had been his anchor in a life which gives hope and sustenance to thousands of his devotees. Then we have the business class have with ‘Lakhsmi Ma’, the giver of wealth. The knowledgeable and the seeker of wisdom finds knowledge with the intervention of ‘Saraswati Ma’, the Godess of learning.

We are standing at the doorway of yet another major festival celebrated throughout the length and breadth of this country; ‘Durga Puja’, or the festival of GodessDurga, ‘Ma’ Durga to her devotees and worshippers. That a female deity can become a warrior and take it upon herself to destroy evil wherever it rears its ugly head makes me wonder. At a time when the world is busy demanding ‘equal rights’ for women, women safety, etc. India has always been engaged in celebrating the strength of a woman, her capacity for kindness, her role as the ‘warrior’. A culture such as ours is in actuality the fore bringer of feminism, or ‘women’s equality’, if I may use a term which in itself is derogatory in my opinion for it assumes that women are not equal. 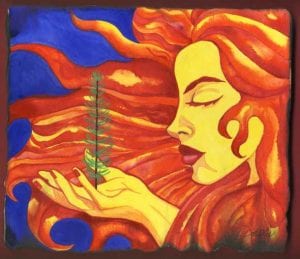 A land such as ours was busy celebrating the female energy in the universe in its different forms when the world was busy subjugating women and relegating them to second-class citizens. This though, in reality, is not true per-se, for the number of crimes in our land against women, from murder to torture to rape, shames us into the realisation that a land which worships Kali, Saraswati, Durga, Sherawali, Lakhsmi has grown so decadent that today, our women live in fear. This is a sad reality that we live with today...

Perhaps it is time to stop for a while and take stock of the situation as it exists today. We all agree that the universe is made up of two forms of energy, the male and the female. It has been very well stated in the Gita where ‘Purusaya’, the male energy and ‘Prakriti’, the female energy move in confluence with each other and are complementary, if anything. The Chinese have their ‘Yin’ and ‘Yang’, both embodiments of the male and female energy, light and darkness.

Where have we gone wrong? Where have we faltered? That the condition of a woman in India, where we are all set to celebrate the arrival of Goddess Durga throughout the length and breadth of the country yet again, is beset with words like fear, violence, domination, is a blot upon a land where women have been given a position as none other.

The relations that we build, with each other, throughout our lives, demand a very small measure of a word we all use. Respect. That we treat the Goddess with respect is our personal choice often induced by selfish reasons. That we treat every woman, whether friend, lover, relation or acquaintance, as an equal who has in her the potential of the female energy that sustains the whole universe, is the first step to understanding that we are in this realm together. That we compliment each other. That we complete each other and through that, complete the universe...