The recently concluded Lok Sabha Election has launched the career of many new politicians while wrecking those of the unlucky ones. Politics, like any other job, is a full time profession and the power or effect of vaastu on it cannot and should not be neglected. Several leaders of the ruling party as well as opposition have applied the principles of Vaastu in their houses and rallies addressed by them.

Although this article was written after the elections were over, the basic principles can be followed for the upcoming years as well. Following are few important vaastu suggestions for politicians to become more successful, famous and top leaders. 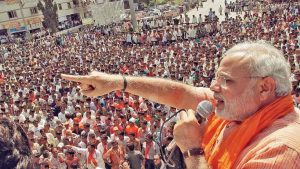 POSSIBLE ILL EFFECTS OF VAASTU ON A POLITICIAN"

LAW OF KARMA AND TITHING

In Hindu, Buddhist as well as western philosophies, the Law of Karma (Deeds) says that, "As you sow, so you reap". Whatever we do, we get back in equal or more measures some time or the other. If we expect good behaviour and respect from others, we must treat them the same way. The Golden rule according to Christian saying is, "Do unto others as you would have them do unto you".

The act of giving tenth part of one's income to the church for the maintenance of the Ministry is called Tithing. One was asked to reduce luxuries and set aside the Tithe amount. The muslims donate Fitra or donate wheat or equivalent amount of money to the poor during Eid and the month of Ramadan.

According to St Francis of Assisi, "It is in giving that we receive". The law of Karma reiterates this by saying that in order to harvest , we have to plant a seed. And we get back the return in the form of fruits many many times. Master Choa Kok Sui of Phillipines said, "If you want to receive love, give love. If you want to receive money, give money! If you tithe, you must be willing to receive the divine blessing of prosperity. Tithing is not an expense. It is a Karmic Investment. Giving and sharing is the way to prosperity." If you want to harvest mangoes, you have to plant a mango tree not rice. You get back what you sow only.

The above principle is used by the rich and prosperous people all over the world. One does not become poor by donating to the poor or needy and charity. Warren Buffet (owner of Amazon Inc etc), a billionaire from US, has donated more than 27 billion dollars for charity which is almost half of India's defence budget!! Billionaires like Bill Gates of Microsoft, Mark Zuckerberg of Facebook, Azim Premji of Wipro, The Tatas, The Walton family of famous Walmart chain are some of the leading philanthropists of the world who have donated sizeable amount for charity.

A Study done by the National Institutes of Health in 2006 found that when people give to charities, it activates regions of the brain associated with pleasure, social connection, and also trust. Another study by Harvard Business School professor Michael Norton and colleagues in 2008 found that giving money to someone else lifted participants' happiness more than spending it on themselves.

Our ancient scriptures have described what charity is and what are its benefits:

"Charity given to a worthy person simply because it is right to give, without consideration of anything in return, at the proper time and in the proper place, is stated to be in the mode of goodness".

"From the wealth, you have earned by rightful means, take out one-tenth, and as a matter of duty, give it away in charity. Dedicate your charity for the pleasure of God."

Ques: I am a Government contractor and supplier. A huge payment is blocked since the tenure of the last government due to some issues with the concerned officials. Is this due to any Vaastu problems? Can Vaastu help me get my payment?

Ans: Yes. A defective Vaastu may have adverse affects on your finances and relations with higher authorities. Please explain your North, north-eastern and south-western part of the house along with nearby plots and houses. Lord Kuber is the ruler of the North and wealth. There is a Kuber mantra which is very useful in removing blocked fortune.

Get a Gold leaf and place it on a copper Kalash(Pot) for worshipping. Then chant the Kuber mantra for 100,000 times. It is,

Caution: If ladies are chanting this mantra, AVOID doing so during the menstrual cycle

Also Read: KNOW THE VAASTU DEFECTS IN YOUR HOME